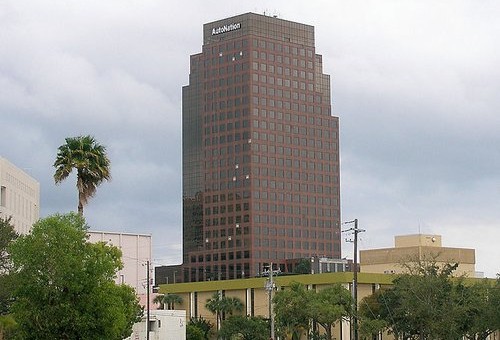 It looks like we’re not the only ones excited about the upcoming Chevy Volt: Chevrolet dealers are also waiting in great anticipation for the E-REV’s arrival later this year. But when the Volt hits dealer lots, it may not be all butterflies and roses, since some Chevrolet dealers may be planning to gouge Volt buyers by increasing the purchase price of the vehicle.

A responsible dealer chain, however, is putting the kibosh on the price gouging ordeal: AutoNation, the largest new automotive dealer group in the United States with 230 dealerships in 15 states, has issued an ultimatum to its Chevrolet dealers. Speaking with Edmunds, AutoNation’s head of communications and public policy, Marc Cannon, said that AutoNation has sent its 27 Chevy dealers a notice regarding Volt pricing.

According to Cannon, the maximum price for which an AutoNation Chevrolet dealer will be able to sell a Volt will be the equivalent of the vehicle’s MSRP plus any dealer-installed options. Just in case a dealer or its employee decides to take its chances with the Volt’s price and violate the policy in question, the employee(s) in question will be terminated.

Is this a bit extreme? Maybe. But with such tremendous demand for the Volt, consumers – especially early adopters – will pay almost anything to get their hands on the bow tie-wearin’ EREV. This is something that was eloquently illustrated by GM Authority’s own Hylton Jorssen in his article here.

W think AutoNation is on the right track here. Perhaps it can be something General Motors itself could look into and apply to all Volt certified dealers. The terms of service would read something like, “Increase the MSRP of the Chevrolet Volt, lose your Volt certification.” It can be as simple as that. No “legaleze” needed.