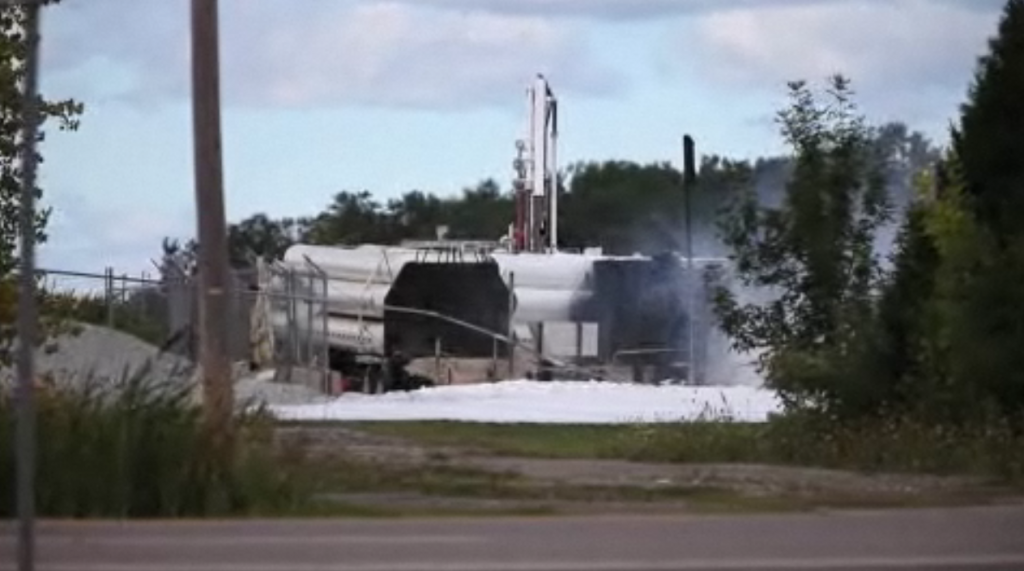 Two small explosions rocked Rochester, NY yesterday afternoon after an accident involving a hydrogen fueling station outside of Rochester International Airport. The explosions, which sent black smoke high into the air, occurred when a driver for Praxair, a supplier of hydrogen to GM vehicles in the area, was exchanging a truck and trailer for another one. That’s when one of the trailers caught fire around 12:50 p.m.

Officials believe that some sort of arching helped spread the fire to the other trailer. The explosion produced black smoke  Two people were injured as a result of the explosion: the driver of the Praxair truck, Robert Scruggs, 61, from Geneva, Ohio was rushed to the hospital with second degree burns on his face and hands. He is in satisfactory condition. The second person, an employee of a nearby Burger King, was treated for ear pain. The fuel station, known as Monroe County’s alternative fuel station on Scottsville Road, caught fire that was put out with the help of helicopters.

The east part of the airport as well as local businesses were evacuated and air traffic was suspended or routed to other airports in the area.

At this point, it’s not clear whether Praxair supplies GM’s fleet of hydrogen Chevy Equinox test vehicles that are part of Project Driveway.

Click through to the Rochester Democrat and Chronicle in the sources for footage of the incident.