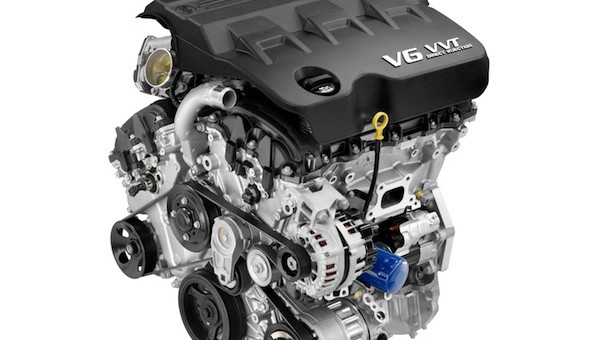 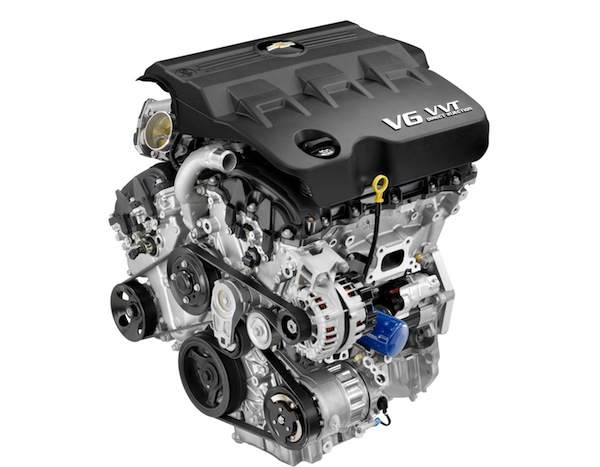 We’ve known for some time now that General Motors is working on a twin turbo version of its LF1 six cylinder engine. The boosted mill, which has a PRO code of LF3, is currently in the latter stages of development and is destined to replace a few engines currently in use by GM. Power and fuel economy numbers are unknown at this point, but we expect anywhere from 300 to 350 horsepower, with torque to match.

New Lambda crossovers will make their way to dealer showrooms in 2013 as 2014 model year vehicles. The Buick Enclave and GMC Acadia are rumored to be the first Lamdas to receive a redesign, with the Chevrolet Traverse to follow shortly after. They will also be the first duo of GM’s full size crossovers to be powered by the new LF3 engine.

Given that current Lambda CUVs use GM’s (excellent) high-feature (HF) 3.6 liter direct injected V6 that makes nearly 290 horsepower and 270 pounds-feet of torque, we should expect the LF3 to at least match that power output, if not beat it outright.

At this point, we simply don’t know whether GM plans to offer another engine in the Lambda-based vehicles. Many current owners of Lambda CUVs have been begging for more power and revised gearing ratios, so we could image a scenario where the base engine is the HF 3.6 and the optional up-level mill is the boosted 3.0 LF3.

The new Cadillac SRX is expected to get a midcycle refresh sometime in 2013 and – in the process – also get the LF3. Currently, Caddy’s only crossover is offered with a choice of two engines – a naturally-aspirated 3.0 liter V6 (LF1) and an optional 2.8 liter turbo V6 (LP9). The LF3 will most likely replace the 2.8 turbo to become the up-level engine.

That said, the GM Authority crew believes that despite being direct injected, the 3.0 liter LF1 is too weak (read: lethargic and unrefined) to be present in the rather heavy SRX. As such, perhaps it would be best to keep the 2.8 turbo (LP9) as the base powerplant and offer the LF3 twin turbo as the optional engine. That’s what yours truly would do… in a perfect scenario.

It’s also entirely possible for the new LF3 motor to make its way to other GM vehicles, including the next-generation Chevy Impala and forthcoming Cadillac XTS (even though the latter may end up not coming to market). Both vehicles will ride on the Super Epsilon platform, a beefed up version of GM’s global Epsilon II architecture.