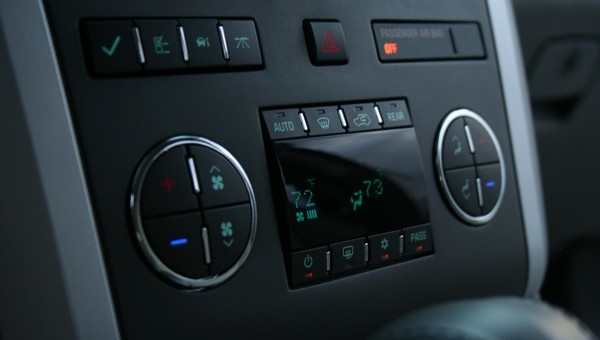 Even though air conditioning doesn’t stroke our inner gear head as much as new GM engines, platforms, or vehicle unveilings, AC may be very much apropos in light of the summer heat that’s recently descended upon the Northern hemisphere. Coincidentally, General Motors will begin using a new green technology in the AC systems of its cars by 2013.

The First To Use HFO

GM will be the first automaker to use HFO-1234yf, a climate-friendly refrigerant developed by DuPont and HoneyWell, replacing unfriendly chemicals used in the AC systems of most vehicles today. This means that GM’s core brands, including Chevrolet, Buick, GMC, and Cadillac, will be the first vehicles on public roads using the new solution come 2013.

HFCs are the fastest-growing contributors to climate emissions and are classified as “super” greenhouse gasses.” Use of HFCs is estimated to grow by 140 percent before the year 2020. Compare that to a 4 percent estimated growth rate for the rest of the garbage we release into the air, it’s easy to see why this is so important.

In fact, some figures show that if we were to cut out high-impact HFCs, something that’s proposed in the Montreal Protocol, we could avoid creating up to five to eight billion tons of carbon dioxide emissions annually.

Currently, there’s a petition from the Natural Resources Defense Council, the Environmental Investigation Agency, and the Institute for Governance & Sustainable Development (IGSD) with the United States EPA that asks to remove HFC-134a from the list of approved refrigerants for use in motor vehicles.

In a press release, IGSD President Durwood Zaelke suggested that one potential barrier to rapid adoption might be the wide-spread production and commercialization of HFOs. Here’s what Mr. Zaelke said in the press release:

“The challenge is to get chemical suppliers to make this critical technology available in all countries at an affordable price. … The more enlightened position would be for the chemical companies to donate their climate-friendly and ozone-friendly technology to the public domain as compensation for the health and economic damage caused by the ozone-depleting and climate-warming gases they marketed in the past.”

Yea… right. We’ll set an infinite timer to sound off when that happens.

Nevertheless, it’s great to see The General be the first to adopt new technologies, especially when HFO-1234 has such an enormous positive effect on global pollution and CO2 levels. It will be interesting to see which automaker will be the first to follow GM in its footsteps.