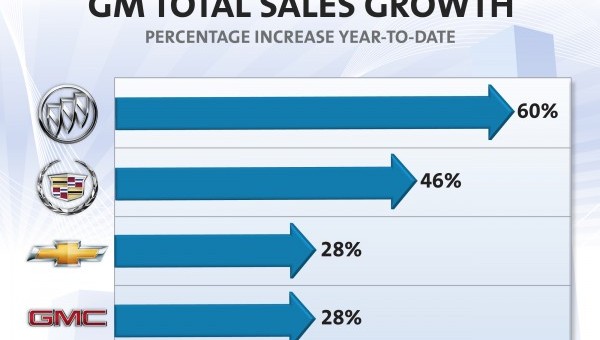 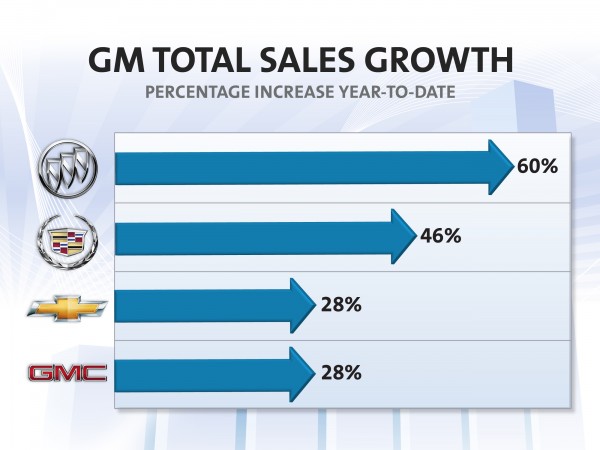 The numbers are in, folks. General Motors has sold 199,692 vehicles in July, representing a 5.4 percent increase compared to the same time period a year ago.

Excluding the brands that GM has either sold (Saab) or shut down (Pontiac, Saturn, Hummer), sales rose a healthy 25 percent. Here are the results from each brand (year-over-year):

GM is now manufacturing closer to real market demand and has been able to significantly reduce costs by offering less rebates and discounted financing. This allows The General’s vehicles to sell closer to sticker price, something we expect to see in GM’s Q3 fiscal results come August 10.

However, GM saw a decline in consumer confidence in July:

“Consumer confidence declined in July,” said Don Johnson, vice president, U.S. sales operations. “But those people who have put off replacing their worn out vehicles are starting to come back into the market.”

According to GM, incentives ran 10.6 percent of average selling price in the first seven months of 2010 and our favorite automaker has also seen an increase in average transaction prices, which are – by the way – the highest in the industry.

“Year-to-date through July our average transaction prices are up $3,300 per vehicle over last year,” Johnson said.

Stay tuned for our famous By The Numbers series, where we break down brand-by-brand and model-by-model sales, coming up shortly.