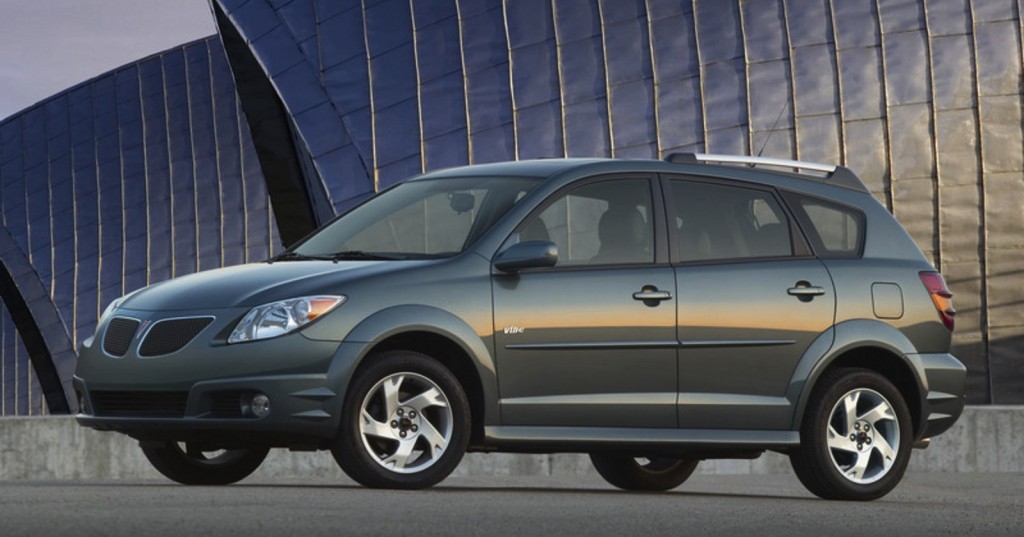 The culprit is a faulty powertrain control module (PCM) that may have been improperly manufactured. This would cause it to fail prematurely, resulting in an active engine warning light, harsh transmission shifts, or the engine stalling or not starting at all.

What’s peculiar here, however, is that the recall was announced by Toyota Motor Company. Yes, you read that correctly: Toyota issued a recall for a GM product (just read the first sentence in the presser below). This, of course, is due to the fact that the Pontiac Vibe is a rabadged Toyota Matrix. In fact, the Vibe is part of the recall that includes 1.13 million Toyota Corolla and Matrix models.

If you own a recalled Vibe, you can take it to any GM dealer to have it fixed for free… this is a tad surprising, since we were expecting GM to direct these customers to a Toyota dealer, but we digress.