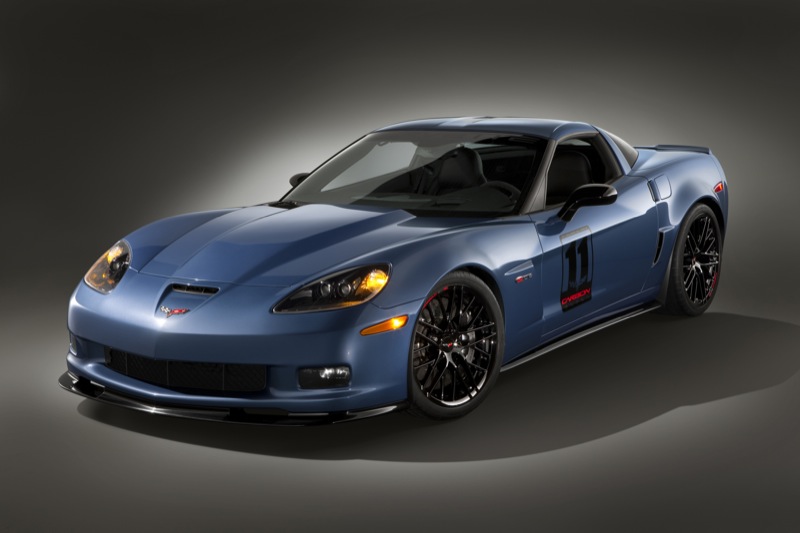 Have you ever wondered why the Chevy Corvette makes for such an awesome driving experience? What makes it such an impressive sports car? A big part of the answer to that question is the vast amount of technology transfer that occurs between the Corvette you buy in a dealership and the Corvette Racing cars (C6R) that compete in the GT2 class of ALMS. Two perfect examples that demonstrate exactly the effect of the C6R race car on street ‘Vettes are the Corvette Z06 Carbon and the mighty ZR1. 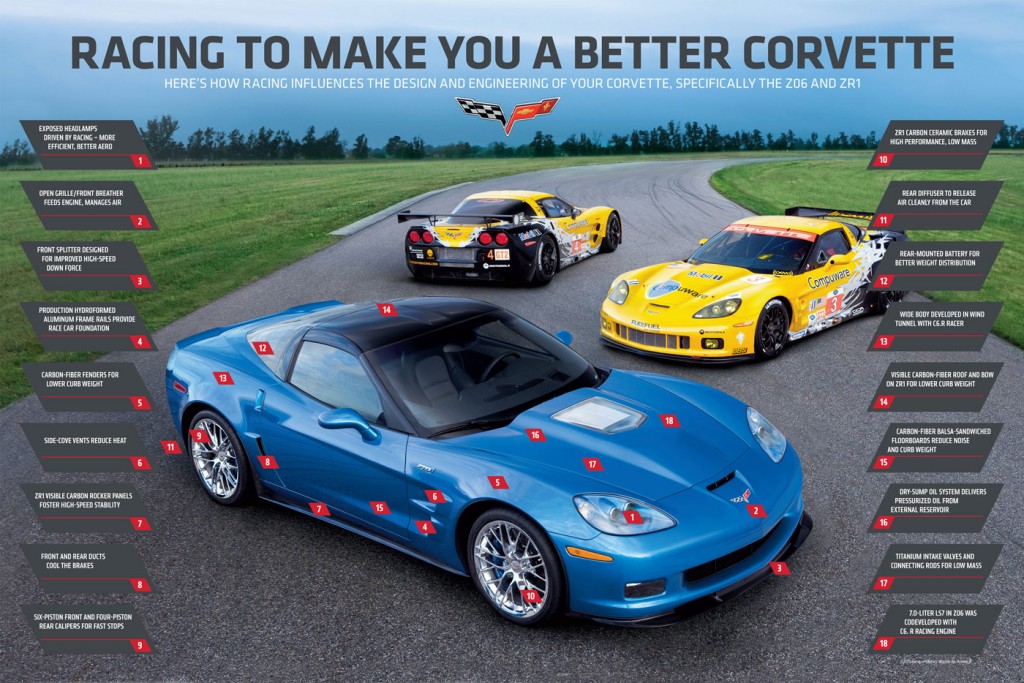 Technology transfer between C6R and ZR1 'Vettes (click to enlarge)

For starters, the Z06 and ZR1 take advantage of the aluminum frame and carbon fiber exterior panels found in the C6R. The Z06 Carbon takes this one step further and adds a carbon fiber hood, rockers, and a front splitter. These were all first introduced on the ZR1 and help to prune weight while reducing lift during high speeds. Moving out back, the rear spoiler on both the ZR1 and Z06 Carbon is the same unit that’s used on the Corvette Race car, although the C6R adds an outboard wing. 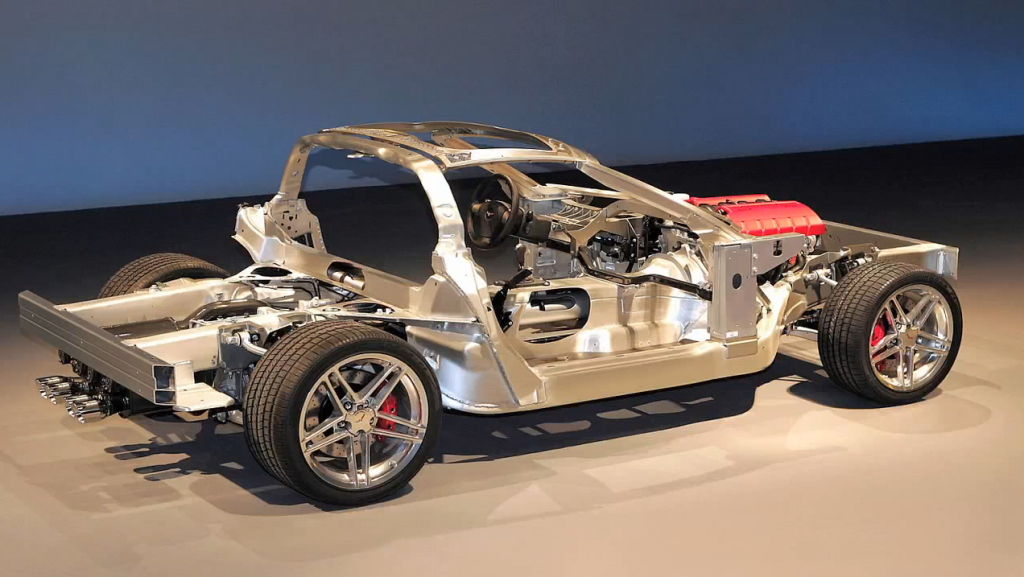 Aluminum frame used on the Z06 and ZR1

As for the mechanical bits, the Z06 Carbon is the first Z06 to take advantage of carbon ceramic brakes just like those on the ZR1. All that braking power is put to the ground through Michelin PS2 tires that are fitted to the ZR1 and Z06 Carbon. In fact, Michelin partnered with Corvette Racing to develop the racing tires on the C6R. And here’s a rumormill scoop – the C6R uses a 5.5-liter small block V8 rumored to be the motivating force behind the next-generation C7 Corvette.

Moving our way into the cabin, the black leather and suede that wrap the seats, steering wheel, arm rest, and door pulls continue the C6R theme and make for superb high performance driving materials. 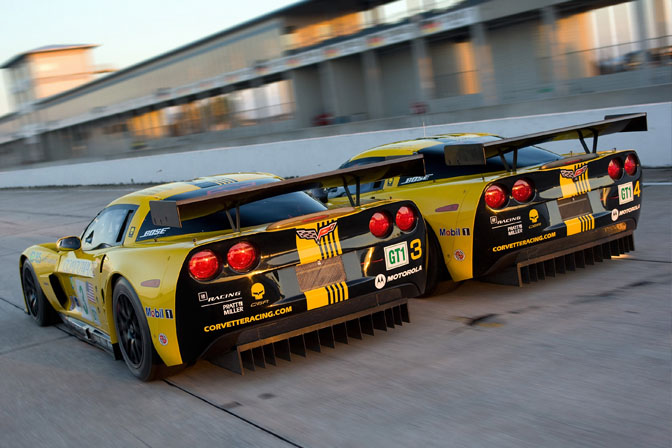 At the end of the day, we wouldn’t have such amazing street-legal sports cars as the Corvette ZR1, Z06, or Z06 Carbon if it weren’t for Corvette Racing and the technology transfer between ALMS Corvette race cars and street cars. The production (street) Corvette benefits from the Corvette racing program while Corvette racing is assisted by the street program – a synergy I’m very thankful for.

And here’s one more thing to keep in mind before you run out the door to drive your shiny ‘Vette: there’s no quick or economical (read: inexpensive) way to develop durable high-performance automotive parts, so it’s really impressive that GM is investing heavily in racing programs such as Corvette Racing. Keep it up guys!