With the Chevrolet Volt’s November launch only months away, we’re beginning to see the usual ramp up of news and announcements about the much-anticipated extended range electric vehicle (EREV). General Motors has announced the addition of four new states – Texas, New York, New Jersey, and Connecticut  – as launch markets for the Volt, joining Michigan, California, and Washington D.C. as the first areas where the Volt will be available at its November launch date, with other markets to follow.

GM plans to build nearly 8,000 copies of the Volt during its initial year of production. The EREV will be available in November 2010 when sales begin in initial launch locations, a move GM hopes will create initial buzz and excitement for the vehicle. However, this limited locational offering has practical reasons as well. Since infrastructure for electric vehicles is limited, GM is in the process of partnering with utility companies in the aforementioned launch areas in order to provide better charging support for Volt customers.

Initially, the launch in Texas and New York will begin in Austin and New York City, respectively, with the rest of those states, as well as New Jersey and Connecticut, following in early 2011. Chairman and CEO Ed Whitacre said that GM “can add markets as diverse as Texas and New York because the Chevrolet Volt can handle both urban commuting and longer trips, in Austin summers and Manhattan winters. The Volt can be your primary vehicle, giving you the freedom to drive gas-free without the stress of planning every trip around the battery’s charge level.”

The Volt is the only vehicle of its kind that can function in a full range of climates. It is also the only vehicle that doesn’t require its driver to worry about being stranded upon depleting the battery. According to Tony DiSalle, Chevrolet Volt marketing director, GM is launching the vehicle in additional states because of consumer interest and our favorite automaker’s confidence in the vehicle and its powertrain.

U.S. Department of Transportation research has found that the average American commutes less than 40 miles per day, indicating that Volt owners may not ever use the gas engine in their vehicles. It also means that these Volt owners will not produce tailpipe emissions in everyday driving. The Volt will recharge in nine to ten hours on a 120-volt outlet with a standard charge cord. A 240-volt outlet will charge the car in three to four hours. Initial buyers may be eligible for one of 4,400 free 240-volt home charging stations under a government-funded program under the American Recovery and Reinvestment Act. 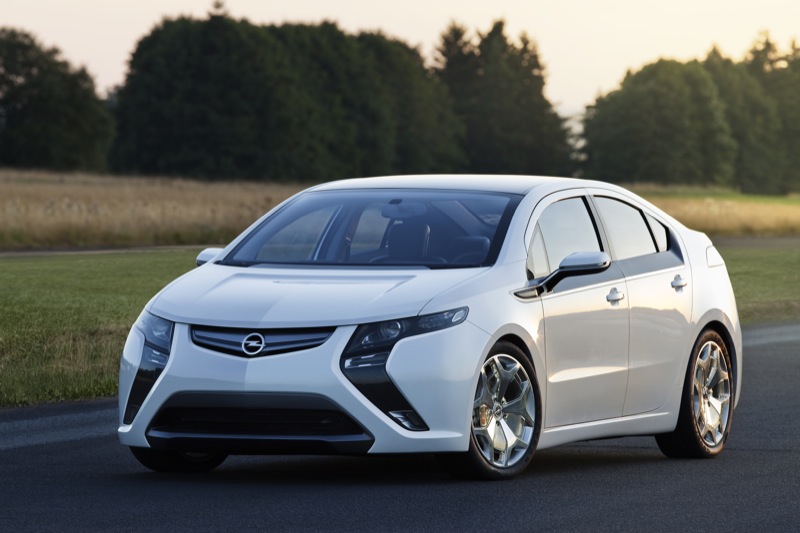 Europe, China, and Canada will also receive slightly different versions of the Volt during 2011. In the meantime, GM has said that it will price the Volt this summer but is still waiting on mileage ratings from the EPA. In anticipation of EPA numbers, however, GM said the Volt will travel up to 40 miles on battery alone and the gas engine will extend the range to a total of 310 miles.

Buick Ampera - for the Chinese market

We’ve said (quite frequently) that The General has a lot riding on the Volt. The EREV has the potential to improve our favorite automaker’s green image while providing much-needed green PR. This is increasingly important, as more automakers enter the electric arena. According to reports, Ford is working on an electric Focus while Nissan will soon introduce its Leaf electric hatch. All this doesn’t take into account electric-only automakers such as Fisker and Tesla, both of which are expected to reveal new vehicles in the near future.