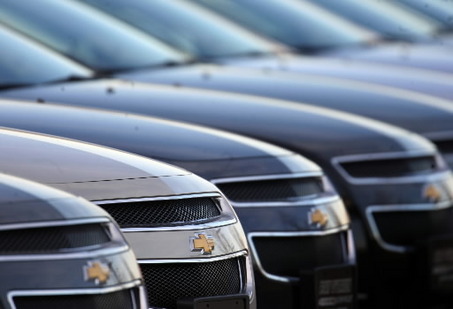 Sales at Chevrolet increased 32.5 percent, 52.7 percent at Buick, 45 percent at GMC, and 39.1 percent at Cadillac. This marks the sixth consecutive month that GM’s four core brands reported sales increases of more than 20 percent.

In total, GM sold 195,380 vehicles in June. This represents a 10 percent year-over-year increase (from June 2009) when The General sold 176,571 cars and trucks. This number, however, includes sales from GM’s wind-down brands, including the now-deceased Pontiac, Saturn, and Hummer – as well as sold-off Saab.

Sales for the month were fueled by the ongoing success of GM’s launch products and compact, midsize, and luxury crossovers. GM was also able to capitalize on the (slight) recovery in the markets for pickup trucks and full-size SUVs. Fleet sales were 59,571 – just over 30 percent of total sales.

Stay tuned to GM Authority throughout the day as we break out our famous By The Numbers segment, where we give you a model-by-model breakdown of sales for the month.