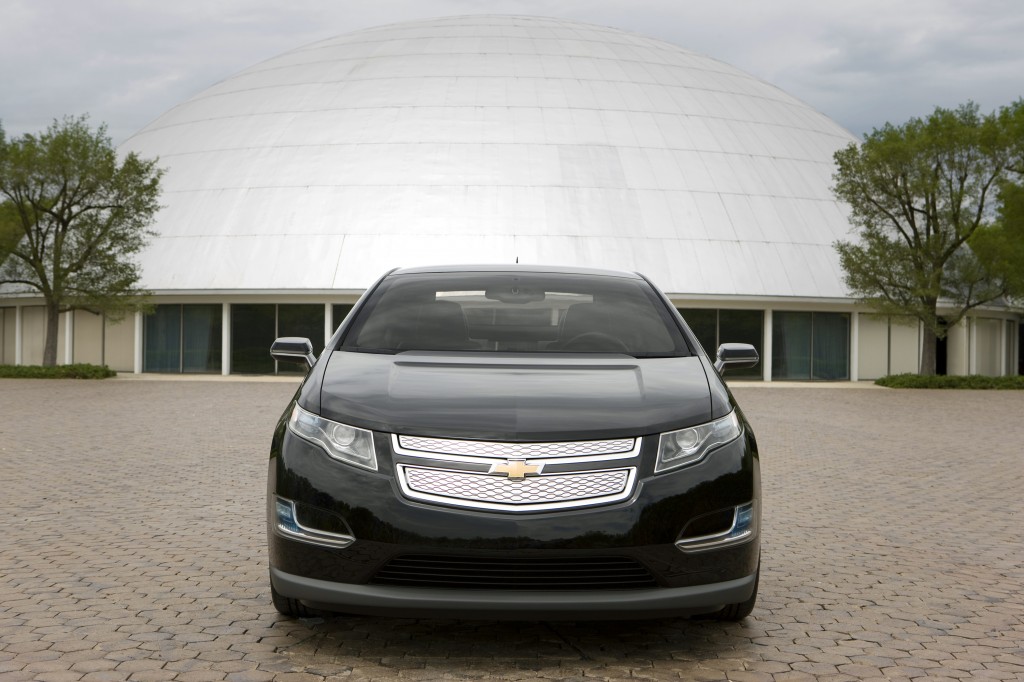 Even though Bob Lutz has left the Ren Cen, it’s good to know that someone within the GM executive ranks seems to be filling his shoes when it comes to dropping subtle bombshells of information about his employer’s product. This individual happens to be Karl Stracke, The General’s Vice President of Global Vehicle Engineering. Stracke took Mark Reuss’ old job when Reuss was promoted to head up GM’s North American operations. During an interview last week, he let loose a few juicy details.

The German-born engineer started with the Volt, boasting that the much-awaited extended-range EV will have “best in class” tires, with an optimal combination of “lowest rolling resistance, best stopping distance and impressive ride quality.” While those three qualities are hardly ever used in the same sentence, Strake still says it’s so.

As for the Chevrolet Camaro, Strake confirms the much needed interior upgrade and tells us that it will feature – among other things – an all-new, more practical steering wheel. He also went on to confirm the Z28 ponycar behemoth and that the next generation Camaro will be underpinned by the upcoming RWD-based Alpha platform shared with the Cadillac ATS and CTS models.

“Cadillac Will Be Better Than BMW On Unsprung Mass”

Speaking of Cadillac, he sets the sport luxury brand’s objective in stone by boasting, “we will be better than BMW on unsprung mass,” claiming that GM has enough technology to out-maneuver the Bavarian brand. He admits, however, that a lot of future platforms and projects have gone stillborn after GM’s carpocalypse bankruptcy of last year. Even so, Stracke still remains confident that Cadillac will prevail by relying on high technology and features like weight reduction.

Stracke also went onto talk about Buick, GM’s “other” luxury brand and its renaissance as a global modern name. GM plans to grow the old-person’s-turned-middle-aged-brand into a full lineup vehicles. This includes a model based on the Delta II platform (that will most likely be the Excelle/Verano) and a small crossover to slot in below the Enclave. Previously, we reported that the small CUV will ride on GM’s Gamma platform shared with the all-new Chevrolet Aveo subcompact. Recently, however, we’ve been getting mixed reports about the baby Enclave’s architecture it is not clear whether it will be underpinned by GM’s Theta or Gamma platforms.

Interestingly, Stracke puts Buick “below Cadillac” in terms of performance, but says that it will be on par when it comes to NVH (noise, vibration, harshness) levels.

“We know what we need to do. Good products…strong products…with the right powertrain”

Based on the recent controversial news of Cadillac getting a Lambda-based CUV to compete with many RWD-based models, a few many seem to think otherwise (us included).
PS: is it just us, or does GMC seem to be notably absent from Mr. Stracke’s informative interview?
[Source: Motor Trend]