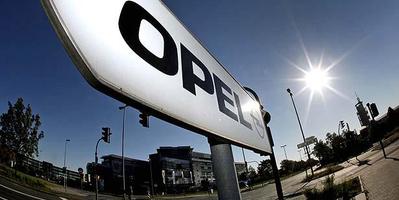 While many a GM fan was relieved to hear news of Genera Motors’ decision to keep Opel last year (as opposed to selling the subsidiary to Magna), that contingent does not include the German government. The struggling European arm of The General was in the same troubled position as the rest of General Motors when the latter restructured in the US almost one year ago. Today, things are quite a bit different. But Opel is still in the red while GM’s American operations have turned out to be a greater success story.

Right around the time of GM’s bankruptcy filing in U.S. Bankruptcy Court last year, General Motors proposed a restructuring plan for Opel in an effort to become profitable while saving 50,000 jobs (most of which are in Germany). To continue restructuring Opel, involved parties (including the German union) recently agreed to pay cuts in exchange for ownership in the company.

The second part of the Opel overhaul involves a $1.2 billion loan from the European Union. Interestingly, German state governments support the loan, as do the governments of the United Kingdom, Spain, and Poland – all of which have made guarantees to aid Opel. The German government however, continues to delay the decision and – in the process – is making the Opel situation worse. Plenty of reasons and explanations exist for why Germany is dragging its feet – but the one that’s most accurate involves the government’s fears related to the unequal distribution of its funds within the European Union. The German government seems to feel that it is paying a disproportionate amount for the bailouts of member nations (Greece) and related organizations/corporations.

For the first time in years, General Motors posted a domestic profit for the first quarter of 2010. Opel, on the other hand, lost $506 million in the same time period, creating more internal irresolution for the German government, specifically regarding the funding source for Opel’s restructuring. While the government could subsidize the turnaround, many believe that profits from GM’s US operations should be used to cover the costs. yet others believe that loans from the US government should be used, since GM is first and foremost an American company. Whether or not German politicians regret GM’s aborted sale to Magna, their inaction today is not helping Opel one bit.

Opel is a gateway for global product within General Motors. Its recent offerings are generating impressive sales and acclaim, especially for the Astra and Insignia models. Both are formidable vehicles with variants sold around the world. Domestically, Buick is impressing journalists with the sporty new Regal (itself an Insignia). Although Buick is a smaller brand in the United States, Opel as a Buick product source is the second largest GM brand in sales worldwide. In that regard, not only should GM’s top brass hope for faster change in the minds of German politicians, but fans of GM’s newest Opel-sourced products should want it as well. One thing’s for sure – the detriment to the German economy can be devastating if GM – all of a sudden – decided to axe 20,ooo-plus Opel jobs in Germany.