The GMC Granite concept unveiled at the 2010 Detroit Auto Show was very well received by attendees. In fact, it was so popular that the Professional Grade brand really wants to put it into production. But there’s one roadblock standing between making the Granite a mass-produced reality: according to GMC product marketing director Lisa Hutchinson, production of the Granite hinges on finding a way to build the rear doors.

The Granite concept was shown with rear hinged back doors without a B-pillar that are all too common on concept vehicles in order to show off the interior. These rear hinged doors rarely make it to production because of side impact safety requirements and the increased amount of engineering that goes along with meeting these stringent standards. That said, rear-hinged rear doors can be seen in production vehicles today such as the Mazda RX-8 and Honda Element. 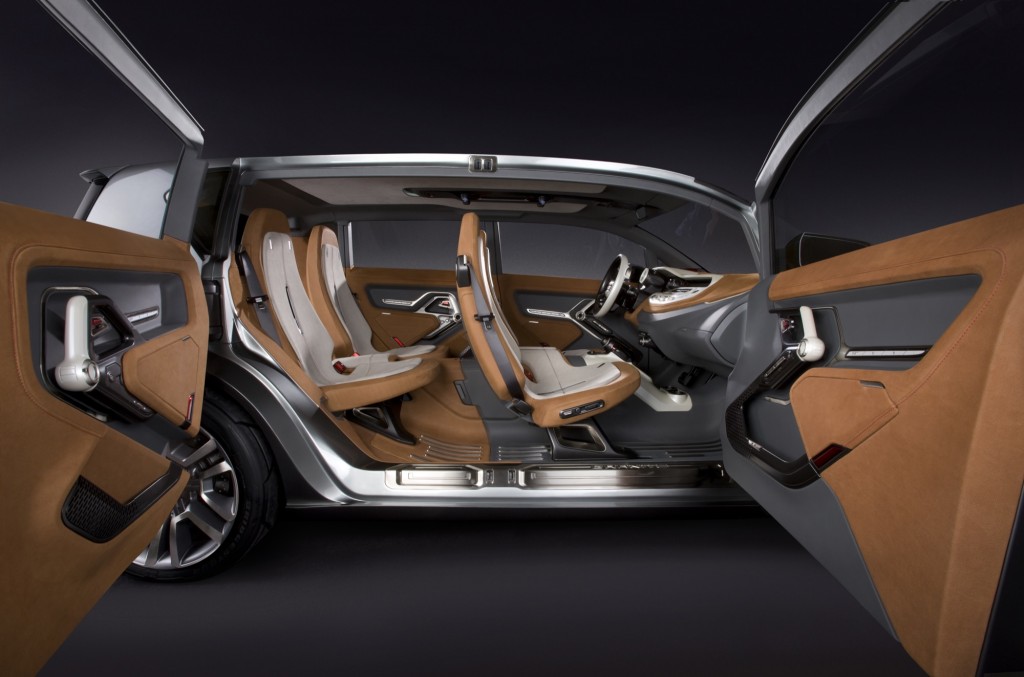 The rear doors of the Granite however, appear to require a larger opening than the much smaller doors of the aforementioned Japanese products. As such, it appears that a bigger door is tougher to engineer. If the fine folks at GM can’t figure out a way to make the unique doors feasible (from engineering or profitability perspectives), the Granite could do with a hidden pillar, similar to that of the all new Opel Meriva. This may not be as appealing and may even be less utilitarian than the pillar-less rear-hinged design, especially if GMC can manage to build it with the concept’s trick folding seats.

GMC already has experience building rear-hinged doors, such as those found on its Sierra extended-cab pickup. However, the Sierra is a pickup truck built on a body-on-frame architecture and its heavier weight could make for decreased weight sensitivity compared to the unibody Granite. 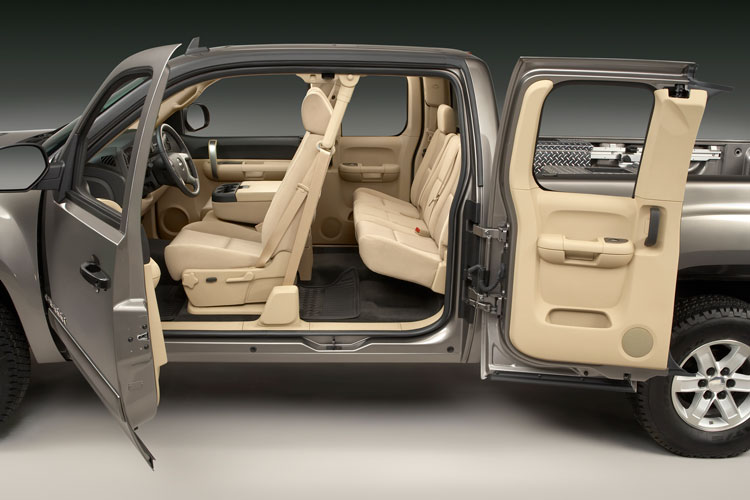 Even though many are opposed to the Granite, I am in favor of it… on one condition: as long as General Motors offers it under the Chevrolet brand. A small car simply doesn’t belong under the truck-based GMC brand. And whether it has suicide doors with or without a B-pillar can be the deciding factor between a consumer’s decision to purchase this vehicle or a Scion xB.

As of right now, the future of the Granite as a production vehicle remains uncertain, but we’ll be following this one closely!

Update: turns out the rear-hinged rear door and pillar-less design were not feasible, as the Granite did not make it to production. However, the Granite name might be used for a subcompact crossover below the GMC Terrain. Stay tuned.