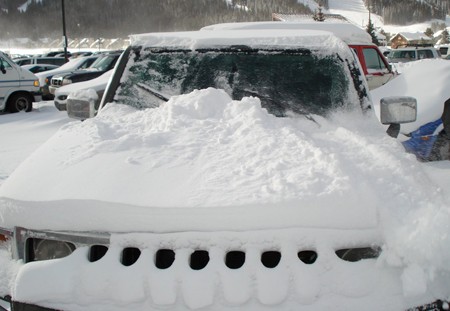 GM will disable the heating mechanism in the washers and will pay owners $100 for each vehicle as compensation for removing the heated windshield washer feature. The feature can’t be replaced because the supplier for the components – Micro-Heat – is out of business.

This is not the first time GM has run into problems with the heated windshield washer feature, having recalled 944,000 copies of the mechanism in 2008 for repairs. That recall cost GM between $20 and $25 million. The General asked Micro-Heat bear the costs of the recall, but was unsuccessful. In 2008, GM received five reports of fires caused by components of the heater – prompting today’s action. NHTSA has been investigating the flaw before GM issued the 2008 recall.

Micro-Heat Inc. supplied GM with wiper-fluid heating components until GM discontinued the HotShot optional feature in 2008. That coincided with Micro-Heat Inc., a small Farmington Hills, Michigan-based supplier, to file for bankruptcy, ceasing to supply GM with components for HotShot. The whole matter is truly unfortunate since heated windshield washer fluid is a nice luxury that makes de-icing and de-bugging your windshield an entirely hands-off affair.

“This was a unique technology available from only one supplier, and that supplier has stopped manufacturing, which left no opportunity to collaborate on an improved design,” said Jeff Boyer, GM executive director of safety, in a statement. “The voluntary payment to customers is for the loss of the feature, not the recall.”

To put this recall in perspective, Toyota issued a much bigger recall that affected 8 million vehicles for the possibility of unintended acceleration – an issue of much greater importance than GM’s recall today. Following Toyota’s recall, U.S. regulators have begun to pay more attention to automotive safety and Congress is currently considering measures to tighten regulations of the automotive industry as a whole.