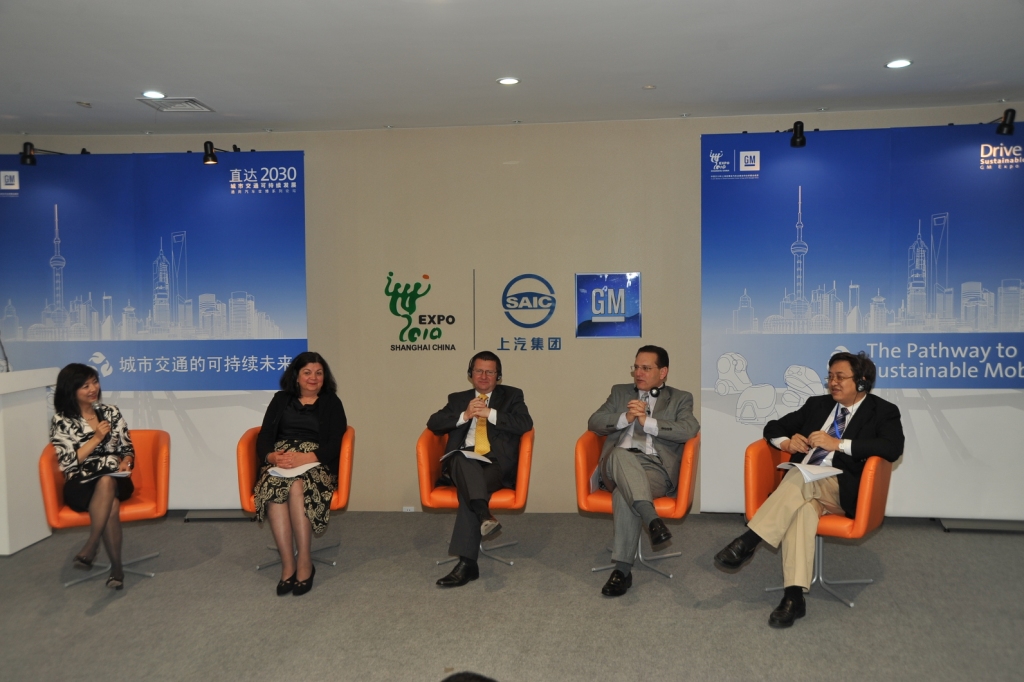 Here’s an interesting statistic: researchers expect 60 percent of the world’s population to live in cities by 2025. That’s according to Elizabeth Deakin, a Professor of City and Regional Planning, at University of California, Berkeley. She believes that “new ways of organizing and managing transportation and urban development will be needed to deliver a better quality of life” – and this is just what General Motors set out to do in the Drive to 2030 Sustainable Urban Mobility Forum. The series started at the end of May with The Pathway to Sustainable Mobility Forum.

According to a press release from The General, “GM is hosting six forums at the GM-SAIC Pavilion in Shanghai. Topics include: Mobility Internet: Connecting the Virtual Superhighway; Electrification: Plugging into the Future; Design: Sketching the Road to Tomorrow; Technology Solutions: Roadmap to Reinvention; and Urban Mobility: Drive to the Future.

The breadth of talent and knowledge at the forum was in no way in short supply: academics, government officials, and corporate executives discussed the major stakeholders, the technology, and the infrastructure that new urban transportation would require. GM’s plans for (the aptly-named) “future mobility solutions” will be released in the Roadmap to 2030 Blue Paper at the end of the Shanghai 2010 World Expo with a focus on ideas shared during the forum. It will contain the needs to make sustainable mobility the norm. Individual chapters will be made available at the end of the Expo right here.

The Push For Sustainable Transportation

China has recently seen a push for new transportation that is more sustainable. The government has encouraged this trend by  spending RMB 2 billion ($294 million) to develop energy efficient vehicles as well as those that use alternative energy sources. This goes along with the agenda of John Miles, Global Leader of Energy, Resources and Industry for the Arup Group. He believes that tomorrow’s vehicles will be low on carbon and smart transit systems will replace today’s gas stations and carbon-spewing cars.

From within the GM family, Alan Taub – Vice President of GM Global Research and Development – mentioned that the industry is in an “unexpected stage of invention and creation.” While true, today’s automotive environment has been a long time coming and is (arguably) very necessary for the well being of the planet going forward. It is the first time in 100 years that cars have been powered by something other than gas combustion (save for the Stanley Steamer).

According to GM’s press release, “The ‘Drive to 2030: Sustainable Urban Mobility Forum series is being held in conjunction with World Expo 2010 Shanghai to address the role of business, government, urban design, energy diversity, consumer behavior, innovation, and advanced technology in creating a balanced and better future.”

GM is hoping for a world where driving is free from emissions and harmful effects to the planet. In addition, The General also looks forward to a world without accidents and congestion and would also like to see driving become more fun and fashionable. Most recently, GM released a series of bubbles concepts as a design experiment into the future of personal urban transportation called the EN-V.