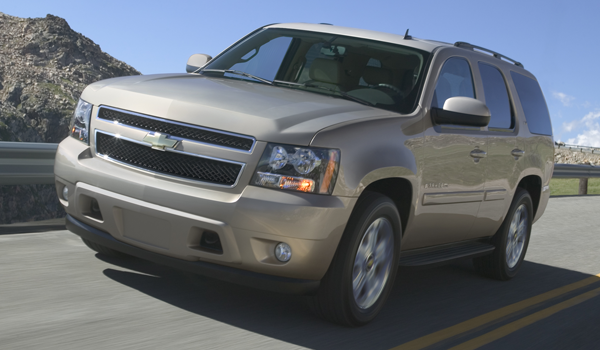 Ever wonder why the Chevrolet Volt has a similar shape to that of the Toyota Prius? Well, it’s not because it’s the hot new style on the block. Instead, the shape of both vehicles, known as Kammback design, is purely functional and results in lower drag coefficients. That’s exactly how both the Prius and the Volt are able to achieve even greater MPGs than their powertrains allow by themselves.

That said, decreasing the drag coefficient (CD) and thereby improving aerodynamics is just as useful in other vehicles, like the Chevrolet Tahoe. While the average full size SUV has a drag coefficient of .416, but the Tahoe slips through the air at .379. The next most-slippery SUV is .404.

GM’s aerodynamics group engineering manager Greg Fadler said that the “Tahoe delivers over an extra mile per gallon at highway speeds as compared to the average coefficient of drag for full-size SUVs.” And to what does the Tahoe owe this advantage? A one-piece front fascia, shaped airdam, and low-drag outside rear view mirrors.

What’s more, vehicular aerodynamics are most effective at higher speeds, such as on the highway. This is illustrated by the fact that “it takes 20 percent more fuel to overcome aerodynamic drag at 70 mph than 60 mph.” Lucky for us, the 2011 Tahoe is rated at 15/21 EPA city/highway while the Tahoe Hybrid – thanks to further aerodynamics improvements – has a 21/22 rating and a drag coefficient of .360.

The Tahoe has been selling very well for Chevrolet; perhaps GM should point out the Tahoe’s little-known aerodynamics factoid in advertising and/or communication for this full-sized Chevy SUV. Meanwhile, we have the Chevrolet Suburban in the GM Authority Garage this week and will be shooting our famous review video this Sunday.

Check out the full gallery of the Chevrolet Tahoe after the jump!