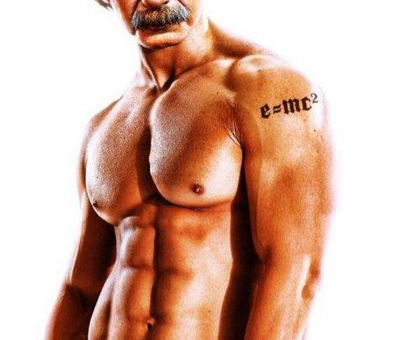 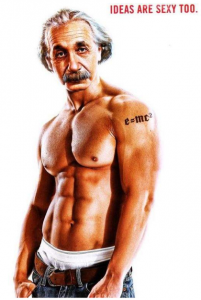 Last fall, General Motors ran a four page ad for the GMC Terrain in People’s “Sexiest Man Alive” issue featuring Albert Einstein’s head superimposed on a half-naked model’s body. The Hebrew University of Jerusalem, the university that Einstein willed his publicity rights to the university before he died in 1955, is now suing GM for $75,000. The ad was produced by Leo Burnett ad agency for General Motors.

A spokeswoman for GMC said that General Motors bought the right to use the image from a “reputable firm” but refused to name the company.

According to John T. Brooks, a partner with Chicago law firm Foley & Lardner LLP who specializes in estates and trusts, General Motors may have assumed the rights were public domain this far after the death of the famed physicist and thus free to use. GM may have also thought it was worth the price of the fine to use the image without consent. After posting an $865 million profit in the first quarter of 2010, The General may be of the opinion that it can afford the lawsuit in order to publish such a noticeable ad.

This is just one example of the extent to which celebrity estates go to protect profits they can garner from public figures. Last year, Einstein’s estate made $10 million and the famed figure was the 9th top earning dead celebrity, according to Forbes.com. His image has been licensed for McDonald’s Happy Meals and the popular Baby Einstein products.

It will be interesting to see how GM fares with this lawsuit, even though $75,000 shouldn’t affect the company’s bottom line too much.