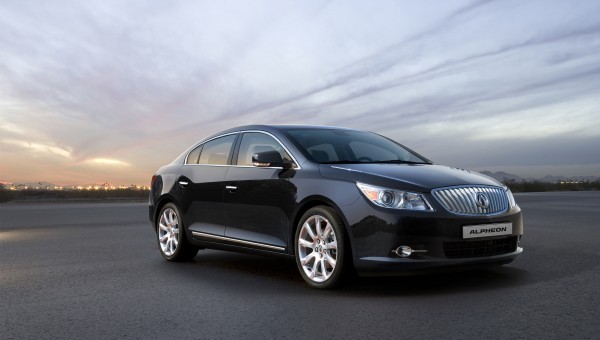 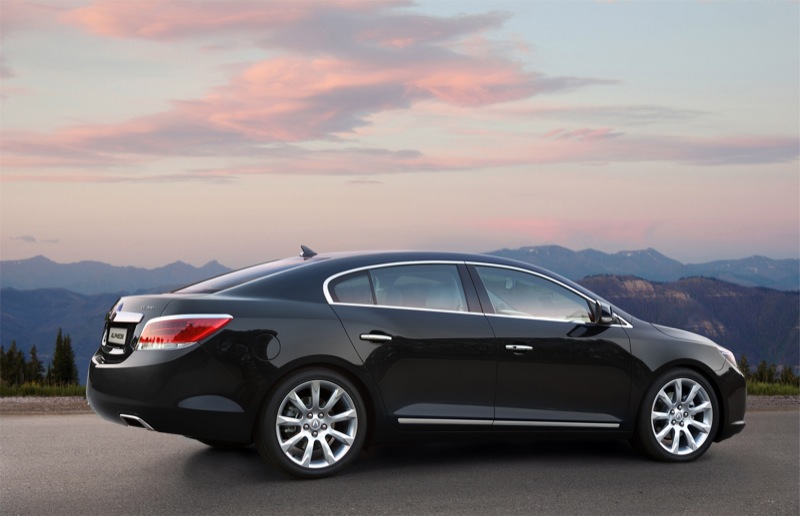 GM Daewoo – GM’s Korean division – unveiled two new vehicles for the Korean market at the Busan International Motor Show. The first is the GM Daewoo Alpheon, known to those in the U.S. and Canada as the Buick LaCrosse. The second is a concept that we’ve seen before as the Chevrolet Orlando. Although this MPV will not make it to American shores, it will be available in Korea as the GM Daewoo Orlando, with many stylistic and functional advantages for that market.

The Alpheon is a LaCrosse-based clone that takes GM Daewoo into a new market. Featuring the attractive and unique interior and exterior styling that North Americans have become accustomed to on the LaCrosse, it will represent the well-known brand in the upper-midsize segment for the first time in Korea. The Alpheon will feature the 3.0-liter V6 LF1 engine (that’s most recently been phased out from the North American market) and a six-speed automatic transmission. It will be a stand-alone luxury product in the Daewoo portfolio, wearing its own emblem on Buick’s the “waterfall” grill. This strategy appears similar to that used by Hyundai and its Genesis sedan in the U.S.

Compared to the Alpheon/LaCrosse, the Orlando, however, is not as well-known on U.S. shores. Although officially billed as a “show car,” it will go on sale in Korea next year. The Orlando will be Daewoo’s first multi-purpose vehicle, combining the benefits and styling of a family van, station wagon, and SUV. The seven passenger, three row, five-door MPV has fully adaptable theater seating, a substantial wheelbase and a generous track to maximize usable space. If cargo carrying becomes a higher priority over people-hauling, the cabin can easily be reconfigured into a flat-bed cargo area.

The Orlando will have what GM calls a “muscular,” “wheels-out/body-in” stance that makes for aggressive styling, which fits Daewoo’s theme of “Advancing Style” for this year’s Busan show. Daewoo has 18 vehicles at this year’s show, including the Orlando and Alpheon. In addition to these launches, GM Daewoo will have a number of entertainment options on its show stand, ranging from concerts to a Children’s Day celebration. GM’s Korean subsidiary will also hold daily photo sessions with racing models and consultations available for customers.

As exciting as these vehicle launches are (for the Korean market), they do perplex the GM Authority crew when it comes to GM’s strategy in Korea. Right before launching the Alpheon and showing the Orlando at Busan, GM unveiled plans to launch its bread-and-butter Chevrolet brand in Korea. Given that GM’s volume brand in Korea is Daewoo, we don’t really understand where Chevy will fit in the brand portfolio. What’s more, GM already sells rebadged Chevys under the Daewoo name in Korea. This leads us to wonder what unique offerings (other than the Camaro and perhaps the Corvette) Chevy will bring to the country.

And then there’s the whole other question of Daewoo getting Buick vehicles such as the LaCrosse. Apparently, launching them under the GM Daewoo brand with a different badge is GM’s strategy is going forward. This is very much akin to Hyundai’s branding of the Genesis sedan in the United States. Nevertheless, the current GM Daewoo-Chevrolet marketing/branding strategy seems very disjointed and confusing and we are interested to see where it goes from here.