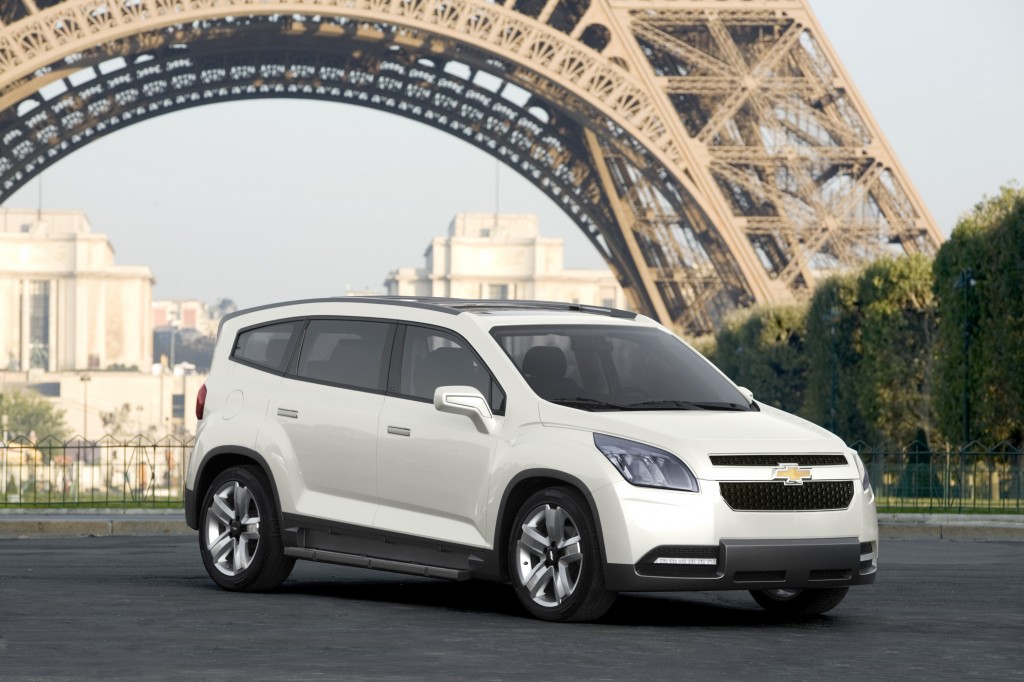 Looks like General Motors won’t be selling the new seven-passenger Chevy Orlando in the United States come 2011. According to Automotive News, GM will focus Chevrolet’s attention on the models it already sells in its home market and will make up for the missing Orlando, Chevy will boost production of the Equinox, Traverse, and Malibu.

To put some credence to the rumor, Margaret Brooks, Chevrolet product marketing director for small cars and crossovers said that the bow tie brand’s current portfolio is capable of easily taking care of any family’s needs. That said, buyers in Canada, Europe, and Asia will still be able to get their hands on the Orlando as scheduled. And as for that little thing called the Cruze that shares its Delta II platform with the Orlando – Automotive News is reporting that it’s still on track to begin production later this year.

GM’s thought pattern here is that the Equinox and Traverse serve the people-hauler market very well and adding the Orlando would crowd their offerings. Yours truly, however, doesn’t think this to be the case. In fact, the decision to sell the Orlando in Canada but not in the U.S. is very surprising to me, given that the U.S. and Canadian auto markets are very similar (if not the same) in their buying preferences. In fact, Chevrolet sells the same vehicles in the States as it does in Canada, so why the decision to bump the Americans out of a perfectly good MPV? We’re not sure, but perhaps the Chevy Volt MPV5 is to blame. Come 2011, it looks like the Ford C-Max will have the MPV market all to itself in the good-ol’ US of A.

Stay tuned to the GM Authority Debate podcast, as this will definitely be a topic of heated debate. In the mean time, check out the gallery of the Orlando after the break.