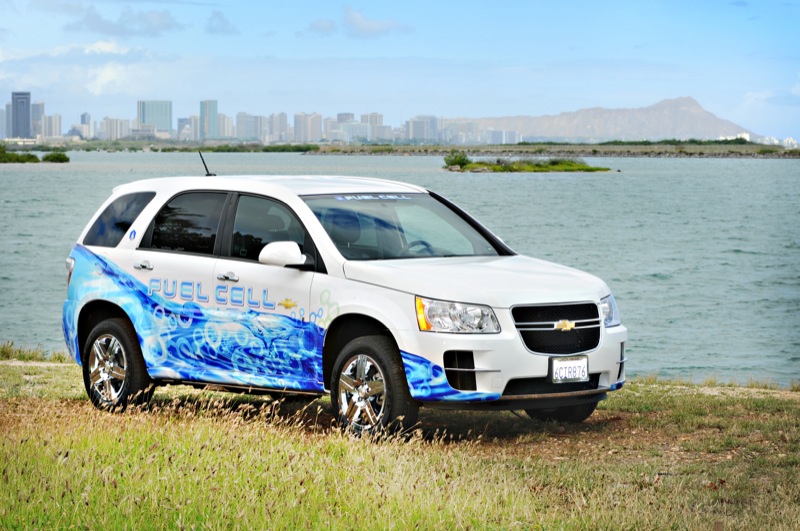 As you may already know, General Motors is a leader in developing fuel cell vehicles that use alternative energy as a means of propulsion. In fact, hydrogen fuel cells rival electric propulsion systems as the next-generation energy source for vehicles. The biggest fuel cell effort in the world is GM’s Project Driveway. It has required $15 million since 1995 in hopes of having the system ready for production by 2015. Most recently, GM  reached a milestone in one of the major hurdles for the viability of hydrogen as a fuel.

The General reached an agreement with The Gas Company (TGC), Hawaii’s primary gas energy provider with accessible hydrogen on the island of Oahu. Currently, TGC’s 1000-mile pipeline has more than 5 percent hydrogen content. The company will use this pipeline and a proprietary fuel separation processes to deliver the hydrogen to already-existing fuel stations. This infrastructure could service tens of thousands of vehicles if demand becomes great enough.

Since 90 percent of Hawaii’s petroleum is imported, the state aims to reduce petroleum consumption by up to 70 percent. Employing hydrogen-powered vehicles would be a major contributor to reaching this goal. Jeffrey Kissel, the President of TGC, has said that in addition to the 12 percent hydrogen which the company already delivers to gas customers, the firm can also deliver “hydrogen through our existing infrastructure as vehicle fuel wherever we have gas, The Gas Company expands its key role of supporting Hawaii’s clean energy future.” The kicker? The price of hydrogen could be equal to or even less than that of gasoline.

Hawaiian Senator Dan Inouye summed up the announcement by saying that “Every step to reduce our dependency on foreign oil is a move forward.”

And the best part is that this is only the beginning – GM is already developing the second generation of the fuel cell motor.

We have GM’s presser after the jump.