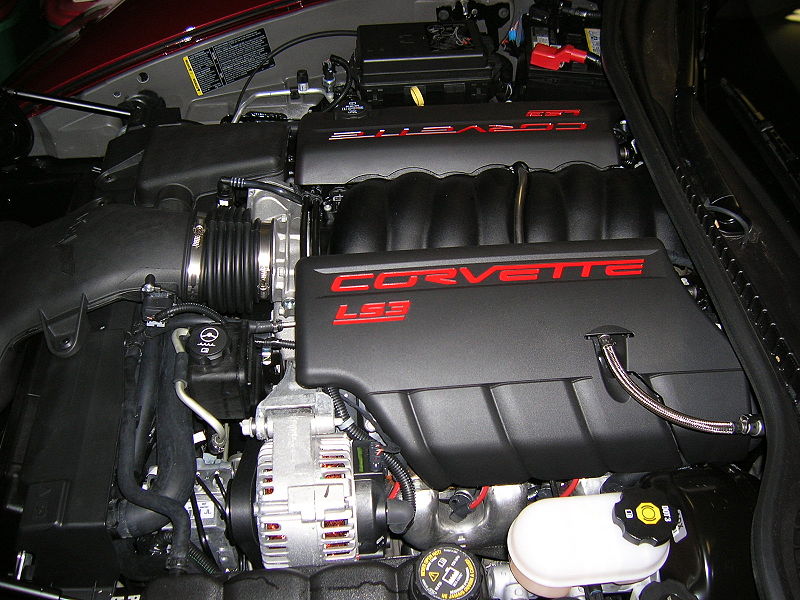 GM has had – and continues to have – an impressive track record with its small block V8 engines. Looking at the V8 juggernauts such as the 556-hp LSA behemoth featured in the acclaimed CTS-V models, The LS3 that produces the growl in the Chevrolet Camaro SS, or even the dynamic Vortec 6.2L V8 that is heart of the Cadillac Escalade. GM’s small block powerplants display a practically unrivaled combination of power and fuel economy. And now, onto the news that gets even better…

GM’s next-generation small blocks (the gen 5) will feature a lovely invention called direct injection, one of the key components that makes the upcoming Chevy Cruze achieve 40 mpg on the highway without the slightest help of an electric battery. The new engines will also feature what GM is calling an “advanced combustion system. While it’s not clear exactly what that may be, it sounds interesting. The engine block will be exclusively composed of aluminum and – like the current generation – will be capable of running on E85 ethanol. Also carrying over from the current generation is variable valve timing. These combined attributes are all in an effort to exceed the upcoming (stingy) CAFE regulations. What’s more, GM’s plants all over the U.S. and Canada are going to get to be updated from becoming more flexible and quality-oriented.

The tab currently comes out to $890 million, with the Tonawanda, engine plant making in New York making up $400 million of the bill. The investment may sound like an awful lot, but considering the 1,600 total jobs that will be created (or brought back), as well as the updates to the facilities are very welcome. Add to that the the fact that the engines will be featured in practically every GM model with a V8 option – the investment seems very much worth it.

DETROIT – General Motors will invest more than $890 million which will create or retain more than 1,600 jobs in five North American plants to produce a new generation of fuel efficient small block truck and car engines.  The investment consists of the following:

The investments include facility renovation and installation of new, highly flexible engine machining and assembly equipment and special tooling designed for manufacturing efficiency and engine quality.  At the casting facilities, investments include expansion of  semi-permanent mold and precision sand casting technologies that result in a high degree of dimensional accuracy and material strength properties needed to support the newer, more efficient engines in GM’s product portfolio.

“GM is investing in our plants, restoring and creating jobs and making progress toward our vision of designing, building and selling the world’s best vehicles,” said Mark Reuss, president of GM North America.  “These latest investments show our commitment to improving fuel economy for buyers of every GM car, truck and crossover and giving them the best possible driving and ownership experience.”

The next generation small block engine family will have unprecedented fuel efficiency through direct injection and an all-new advanced combustion system design.  The new engine family will rely exclusively on aluminum engine blocks, which are lighter and contribute to the improved fuel efficiency. In addition to being E85 ethanol capable, these engines are being designed with the capability to meet increasingly stringent criteria emissions standards expected throughout this decade.

Specifics about the engine capabilities as well as product applications will be shared at a later date.

Since the launch of the new GM last July, the company has announced investments of more than $2.3 billion at 22 facilities in the U.S. and Canada.  These investments restored or created more than 9,100 jobs, and they demonstrate a strong commitment to GM’s future and to the United States and Canada.