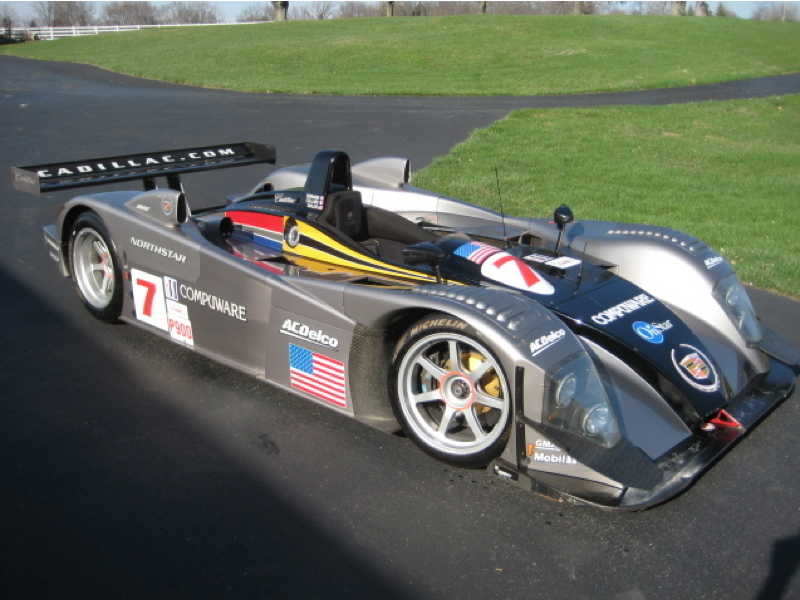 Do you have $355,000 burning a whole through your pocket? Would you like to own a piece of General Motors racing history? If so, an Ohio seller has a deal for you. The seller has chassis #2 and #3 of the Cadillac Northstar LMP02 race car. According to the seller, both cars run with electronic packages still in place. The auction lists only one of the chassis up for sale, although the seller states that both are available.

Produced in 2002 for Cadillac’s third season in LMP1 competition, the LMP02 were designed by Nigel Strand to beat the Audi R8 LMP1 car during the 2002 season. The LMP02 was powered by a twin turbocharged 4-liter Northstar V8 producing 600+ horsepower and 550 lb.-ft. of torque.

The 2002 season was a big step for Cadillac, with chassis #2 placing ninth and chassis #3 placing twelfth at Le Mans. The team also finished second at ALMS Miami – its best finish in history. Unfortunately, General Motors canned the Northstar LMP project at the end of the 2002 season, stating that their goals were met and that they would like to place an increased amount of focus on Corvette racing. The more likely reason? Perhaps the car didn’t get enough race time or resources to become an Audi LMP beater.

All that leads to today, when a piece of GM racing history is up for sale. It does make us wonder what would’ve happened if GM put more effort and time intothe LMP02 project. Now if you excuse me, I’m going to see if the GMAuthority War chest has enough to purchase a Cadillac race car. If I come up short, anyone want to go halfsies?