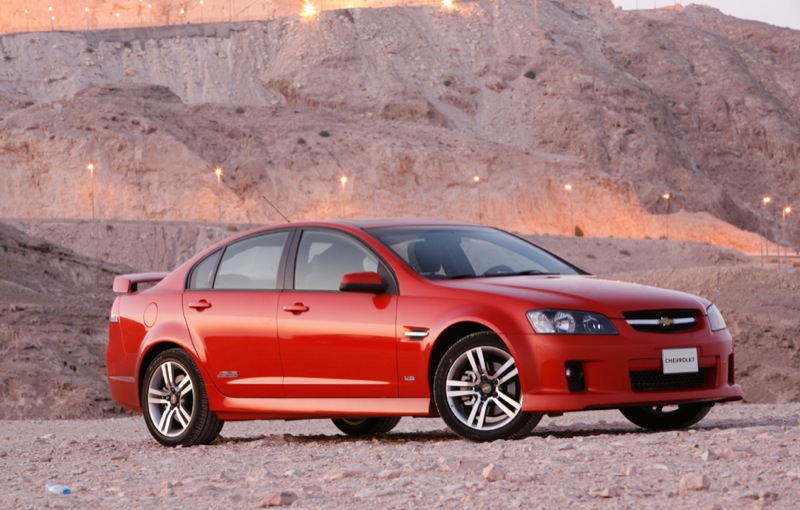 Let’s face it – everyone is sick of the teasing. Ever since GM declared bankruptcy last year and euthanized the troubled Pontiac brand, the G8 came and went as fast as its quarter mile time. Then out pops this idea that it will come back, as a Chevy… just in the form of a Caprice police squad car, and unavailable to the public. Soon after, Holden announced  a “special edition” Commodore SS, clearly made from spare G8 sheetmetal.

To this day, however, the Commodore is still not available to us bloody yanks and we remain to brood evermore. The example that is most frustrating, though, is definitely the Chevy Lumina (pictured), which is only sold in the Middle East and is a true Zeta-based Chevrolet sedan! The teasing… we’re sick of it. And apparently GM is too.

When asking a few of GM marketing personnel why they insist on withholding a full-sized muscle sedan from the country that invented muscle cars, they have declared, “We have recognized the unavoidable outcry for a Zeta-based sedan, and we plan on bringing a Chevy version to consumers in the very near future.”

Hopefully, GM will officially release the good news during the New York Auto Show in next couple of days.

If the above congratulatory phrase didn’t help, here’s the full disclosure: this is an April Fools’ Day prank and should be treated as such – nothing more and nothing less. In other words, most – if not all – of what you’ve just read is not real. Our intention is not to misinform, defame, or slander the subjects (people, companies, etc.) in question. Our apologies if we have done so.