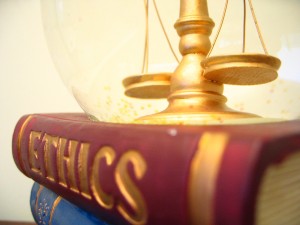 By now, you must have at least heard of Toyota’s pedal recall that began to first shoved its ugly head into our lives in the beginning of 2010. And as loyal readers of GM Authority may have read, General Motors took advantage of the recall and offered incentives to those who traded in a Toyota vehicle for a GM product. But was GM overly aggressive in doing so?

This was the topic of an hour-long conversation of the fourth episode of the GM Authority Debate podcast (that you can listen to here). And no matter what we had to say on the matter, GM is still being criticized by certain members of the auto industry for targeting Toyota and Lexus owners.

“On the heels of Toyota’s voluntary appearances before Congress, General Motors has wasted no time in trying to capitalize on the travails of Toyota. This reeks of pure politics, poor taste, and questionable business practices for a government-owned company to target one manufacturer in an attempt to conquest customers. I hope GM and our Auto Task Force rethink such a short-sighted strategy and focus on the real issue at hand – building quality vehicles American consumers want to buy.”

Is Mr. Lusk right on the money or does he simply not get it?

The way we see it, competition is competition. GM isn’t engaging in any unfair business practices, nor is it harming any lives in the process. And it’s certainly not putting anyone in danger with its incentives for Toyota and Lexus owners. For GM, this is business – plain and simple!

Now that the recall is beginning to subside and the mainstream media has ceased its erroneous coverage , what do you think? Talk to us in the comments!