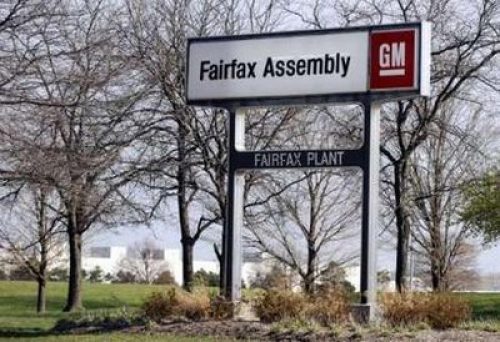 General Motors announced that it will invest $257 million in its Fairfax, Kansas and Detroit-Hamtramck assembly plants to prepare for the next-generation Chevrolet Malibu (spy pics here and here). The announcement, made by Chairman and CEO Ed Whitacre, coincided with The General having paid off all debts to the U.S. and Canadian governments.

The Fairfax, Kansas plant is getting an infusion of $136 million and will become the primary manufacturing facility of the next-gen Malibu. The plant currently builds two of GM’s strongest-selling cars – the Chevy Malibu and the Buick LaCrosse. As of this moment, Malibu production is split between Fairfax and Lake Orion, Michigan.

The Hamtramck, Michigan plant, which currently builds the Buick Lucerne and Cadillac DTS, is on the receiving end of the remaining $121 million and will be equipped to build the future Malibu. The plant will be used to build the much-anticipated Chevrolet Volt and has recently reached a major milestone in building the first pre-production Volt on March 31.

Keep reading after the jump!

GM’s ability to produce the Malibu at the facility will ensure that Chevrolet can meet market demand for the mid size sedan, which GM is predicting to be extremely high given the backup plan.

The $257 million investment in Fairfax and Detroit Hamtramck includes upgrades to the facilities, machinery and equipment, as well as tools. The infusions are part of GM’s $1.5 billion commitment to upgrading production facilities and restoring 7,500 jobs in the last nine months.

What’s more, GM’s dealers in the United States have delivered more than 49,000 Malibus and 14,000 LaCrosses in the first three months of this year, representing a 58 percent increase over the same time period last year. The strong demand has prompted GM to add a third shift of approximately 1,050 jobs at the Fairfax plant, a move that brings total employment at the facility to more than 3,800. Whoever says GM is moving jobs overseas definitely has his (or her) head under a huge rock boulder.