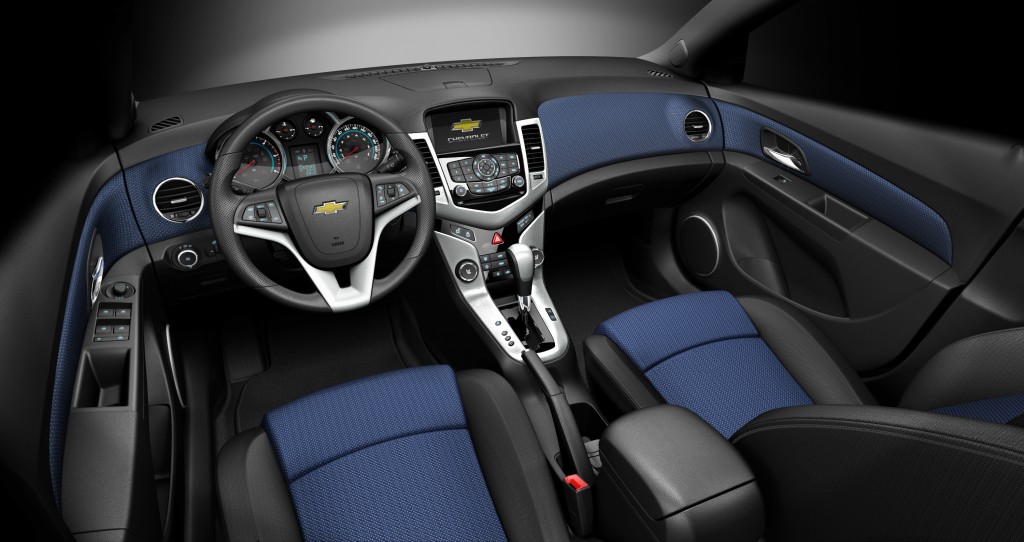 For many reasons, foreign countries prefer smaller vehicles than your average car buyer in the U.S. of A. Some reasons – in no particular order – include gas mileage, fuel prices, federal regulations surrounding taxes, and general consumer preferences. Vehicles in Europe tend to be smaller and more fuel efficient, and often powered by diesel motors. But even when an automaker markets the same nameplates worldwide, the difference between vehicles sold in Europe and their closest American relatives is content.

Consumers on the northern side of the Atlantic assign small and cheap vehicles a negative connotation and GM is trying to reverse this thought process by providing more standard features in the upcoming Chevy Cruze and Aveo. The primary motivation behind the move is to keep those customers downsizing from larger cars more at home in their new compacts. Another intention is for GM to remain competitive, especially with Ford adopting a similar philosophy with its new Focus and Fiesta. An exception for GM, however, may be the Spark – which will maintain the image and content composition of an economy car.

Any in any event, GM’s move to make vehicles from its bread-and-butter brand more competitive is certainly a welcome change, and so is Chevy’s intention to change car buyer patterns. A small car shouldn’t mean it’s devoid of luxury and/or features.

To tell you the truth, we can’ wait for the Cruze, Aveo, and Spark to hit dealer showrooms! We have galleries of the Cruze, Spark, and Aveo RS Concept after the break!