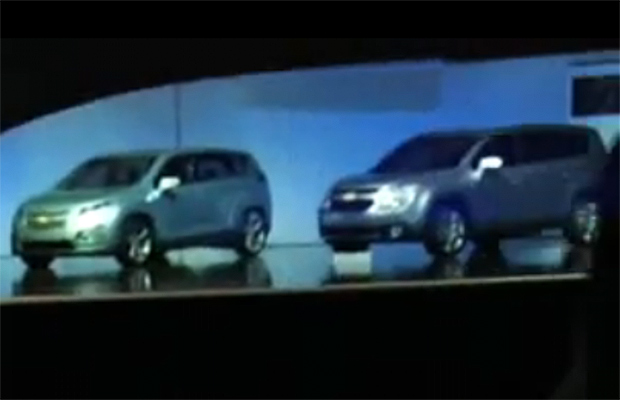 As we Tweeted yesterday on the GM Authority Twitter account, we’ve uncovered more proof  (along with a few other details) that the Volt-based MPV is indeed coming.

In a recent press release announcing the development progress of the Chevy Volt, Micky Bly – GM executive director of global electrical systems, hybrids, and electric vehicles & batteries – said that the Chevy Volt team continues to study additional applications of the Voltec battery-powered propulsion system in future vehicles. One could say that this is inconclusive and open-ended, but given the timing of the rumor and the purposefully-placed quote from Mr. Bly, we don’t think this is a simple coincidence. Having worked in a few corporate environments, I can personally tell you that most press releases are crafted in such a way that every single word serves a purpose; we’d wager that Mr. Bly’s quote about other Volt-based vehicles was placed in the release for a purpose – perhaps to give us a hint of what is coming.

To top it all off, the Volt-based MPV in question to be the same vehicle leaked in a YouTube video by GM last year. The above screen grab from that video shows what appears to be a concept of the vehicle in question.

We aren’t privy on the architecture that will underpin the mysterious MPV, but it will most likely be similar to the platform used by the Volt – global Delta modified for the Voltec powertrain.

Some media outlets, however, have reported that the vehicle will be Gamma-based. This doesn’t make sense to us, as GM has already invested huge amounts of resources (read: well over $1 billion and more than three years) in developing the Delta-based Volt. Using the Gamma platform would most likely call for even more engineering and development, negating the economies of scale that The General could achieve by reusing the Volt’s Delta. As such, Gamma seems very unlikely to us.

Finally, the MPV in question is rumored to be very similar to the upcoming Chevrolet Orlando, which itself is Delta-based. Assuming the Voltec-powered MPV will be similar in proportions to the Orlando, it doesn’t make sense that GM would use its global Gamma underpinnings for a vehicle that already exists today (in some capacity).

At this point, the platform stuff (and the vehicle itself!) is purely speculation on our part. It seems that only time will tell – and that time is rapidly approaching. Bring on the Beijing!