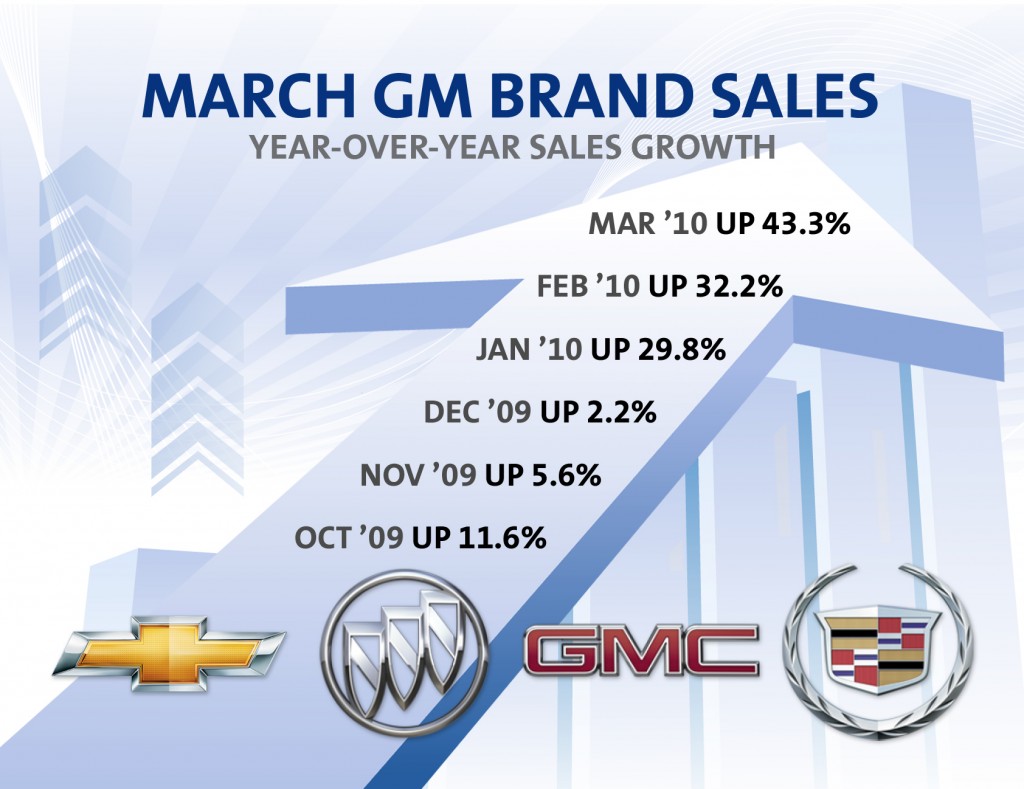 March 2010 proved to be a very successful month for GM U.S. Overall, Chevrolet, Buick, GMC, and Cadillac gained 43 percent in the U.S. year-over-year. Total sales for GM’s four core brands came in at 185,406 units for the month, which is a 34 percent increase from February 2010. This also marks the sixth consecutive month of increased combined total and retail sales for GM’s four core brands.

These results attest to GM’s progress in creating sustainable and profitable growth:

“Our March results show continued progress toward our growth plan. By investing in our brands and remaining disciplined in our approach to the U.S. market, we posted solid results,” said Susan Docherty, Vice President of Marketing at GM North America. “Our new vehicles, like the Chevrolet Equinox, Buick LaCrosse, GMC Terrain, and Cadillac SRX, are being well-received by customers for many good reasons, including quality, safety, excellent fuel economy, and higher resale values.”

Here are some March 2010 quick facts, followed by model-by-model breakdown (after the break):