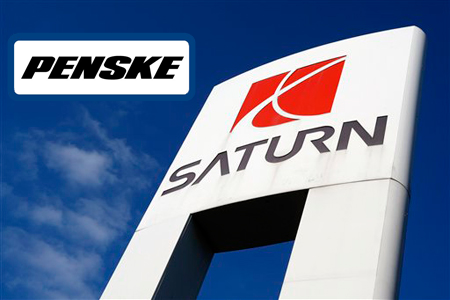 In what is sure to go down in history as one of the most shocking press releases ever, General Motors – in conjunction with Penske Automotive Group – has announced that the Saturn brand will indeed live on. Contrary to months of reports, speculation, and statements from GM regarding the wind-down of the brand, The General has announced a partnership with Penske Automotive in which GM will restart production and utilize many new Penske dealerships.

In a new twist, however, GM will deal almost exclusively with the production of the vehicles while Penske will be responsible for nearly all the marketing, sales, and administrative duties for the brand. This new turn of events is certainly a shocker for the GM community at large, but may be good news for the Saturn faithful.

At this point, it is unclear whether GM is in this for the long haul or if Penske plans to take over Saturn production after the current generation of vehicles. This much remains to be seen. We have the full press release after the jump!

If the above congratulatory phrase didn’t help, here’s the full disclosure: this is an April Fools’ Day prank and should be treated as such – nothing more and nothing less. In other words, most – if not all – of what you’ve just read is not real. Our intention is not to misinform, defame, or slander the subjects (people, companies, etc.) in question. Our apologies if we have done so. But if you’re in the mood, here are some more 2010 April Fools’ articles.