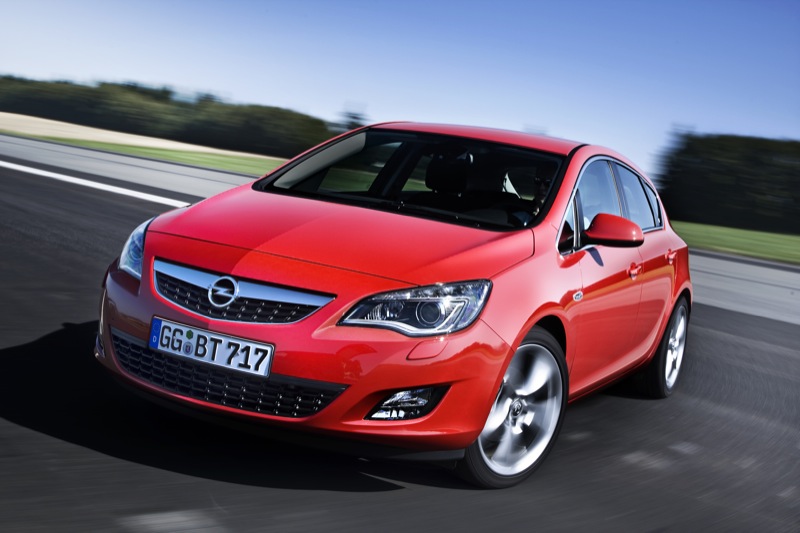 With more than 100,000 orders throughout Europe, the Opel Astra five-door hatch is exceeding all kinds of expectations.

Officially launched in December of 2009, the success of the all-new Astra has even prompted the addition of a third shift at Opel’s plant in Gilwice, Poland – to be added in the second quarter of 2010.

Opel anticipated 180,000 orders in its first full year of sales and current sales levels have already exceeded projections by 10 percent. A station wagon version of the Astra will soon join the hatch and we expect a sedan to follow shortly after (although this hasn’t been confirmed by GM or Opel/Vauxhall). All this should propel sales of the Astra line even further.

To top it all off, the Opel compact has been honored in the European automotive community for its design, technology, and innovation, with awards such as the Goldenes Lenkard (Golden Steering Wheel) by Germany’s AutoBild magazine, Car of the Year by Spain’s ABC newspaper, and – most recently – the red dot Design Award presented by Design Zentrum North Rhine Westphalia in Essen, Germany.

It’s pretty much fact that Astra will make its way over to U.S. shores under the Buick brand, although it most likely will not share the Astra nameplate. Instead, Buick will most likely use the Excelle name in North America (as it does in China for the Excelle XT) while the Astra sedan may be called Verano.

The Astra is based on GM’s global Delta II platform shared by the Chevy Cruze sedan and Orlando MPV. Perhaps a Cruze wagon and/or hatch are also in the works? We sure hope so!

Full press release and gallery after the break!