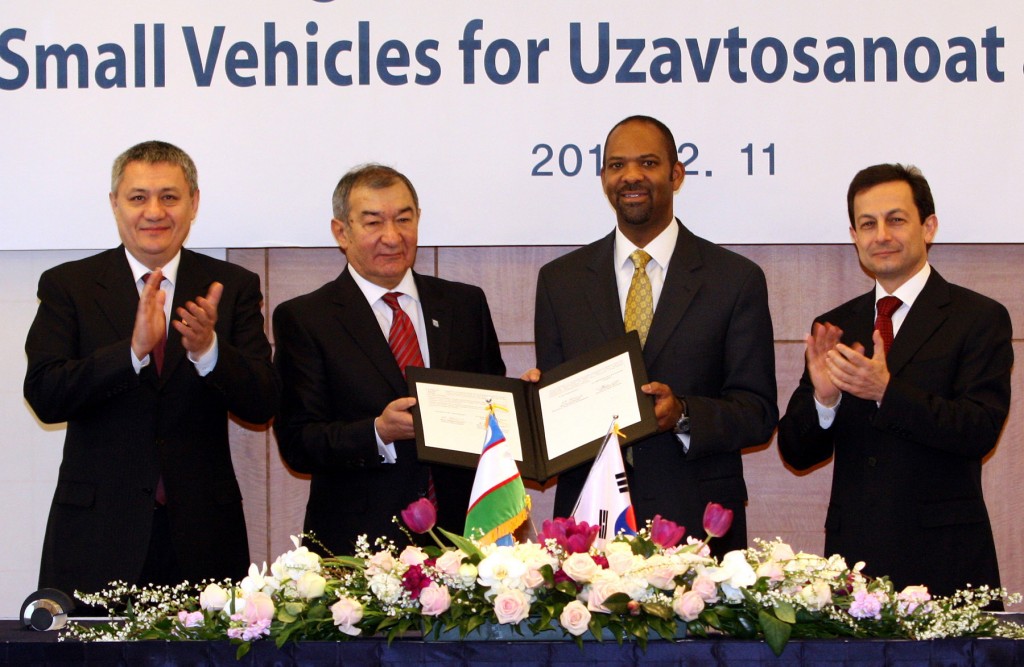 A new small Chevrolet vehicle will be built at GM’s joint venture in Uzbekistan. Destined for the emerging markets in the Commonwealth of Independent States (CIS) and Russia, the compact car will enable Chevrolet to continue to grow in the region.

GM Uzbekistan, established in March 2008, is a joint venture between General Motors, which holds a 25 percent stake, and UzAvtoSanoat, which holds the remaining 75 percent. Both sides signed a Memorandum of Understanding (MOU) in agreement to manufacture the new Chevrolet vehicle.

GM Uzbekistan has an annual production capacity of 250,000 units. It currently manufactures such models as the Chevrolet Matiz, Lacetti, and Captiva for sale in Uzbekistan via GM’s sales operations and for export to several neighboring countries.

Uzbekistan, where we recently also began construction of a new powertrain facility, is Chevrolet’s core production base in the high-potential markets of Central Asia and a significant strategic partner for our export business. We will continue to support our Uzbekistan operations through the introduction of new products and the means to build them.

We have the full press release after the jump!