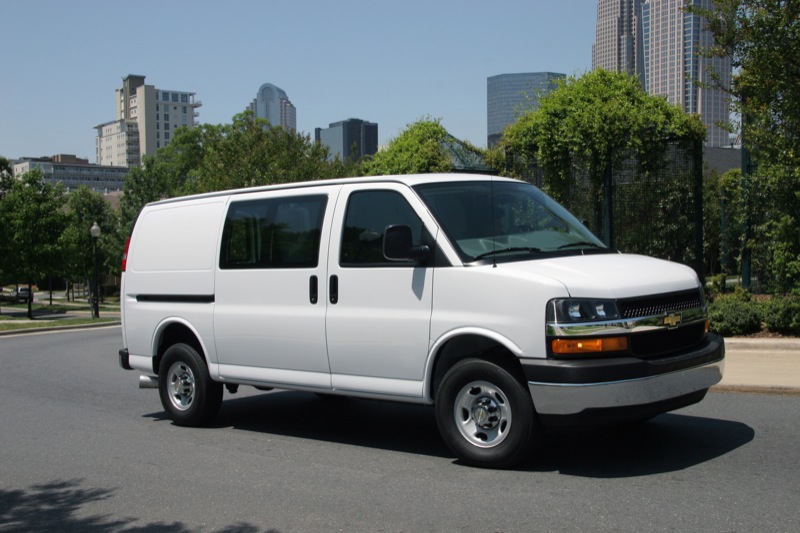 General Motors is recalling 5,000 Chevy Express and GMC Savana passenger and cargo vans due to suspected faulty alternators. The company is halting production and putting a stop sale on the vehicles until it finds a fix.

Affected vehicles were built in February and March of this year and contain the following VINs (Vehicle Identification Numbers) – last eight digits shown:

GM states that only the 2500 (three-quarter ton) and 3500 (one-ton) Series vans are affected. The light-duty (half-ton/1500) Express and Savana vans use a different alternator and are not affected. The light-duty vans continue to be built and shipped from the Ventzville, Mo. plant, which produces about 60 percent heavy-duty models. Click through the break to find out what you should do if you happen to own one of the recalled vehicles.

Own One? Here’s What You Should Do

According to GM, very few of the affected vans are in retail customer possession, with about 1,300 being in rental and other fleets. Since GM issued a Stop Sale order Friday, fleet-owned vans are prevented from being rented or those vans on dealers lots from being sold. Vans that are in dealerships or in ports are being held before being exported.

If you happen to own one of the affected vans, GM urges you to stop driving the vehicle, park it outside and away from buildings and other vehicles, and – if possible – disconnect both battery cables.

About 1,400 aftermarket parts made by AC Delco are also affected by the recall.

The affected part numbers include:

These affect 2005-2010 heavy duty Express or Savana vans that had replacement alternators installed in February and March as well as 2005-2009 GM trucks or SUVs.

GM urges those who had replacement alternators installed to check their repair order receipts to determine if a recalled part was involved. If it was, or if the part used is unknown, GM urges these customers to take the same action as with the vans above: “stop driving their vehicles, park them away from buildings and other vehicles and, if possible, disconnect both battery cables.”

Nobody likes recalls, but it’s good to see GM tackling this problem head on. If there’s anything to learn from Toyota, it’s the promptness and openness of recalls. That said, we wonder whether the Chevy Express Prisoner transport van is part of this recall (we don’t see a reason why it wouldn’t be).  More as it happens.