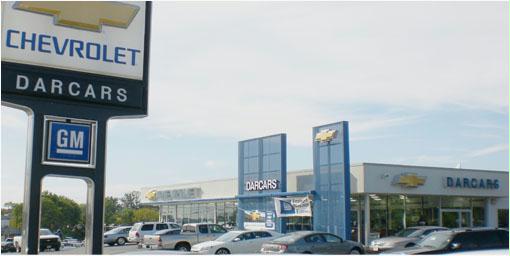 General Motors is retroactively reinstating 661 of more than 2,000 dealers that it planned to drop.

“This is emotional. It is part of the rebirth as we try and start a company from a clean slate,” said Mark Reuss, President of GM North America.

Of the 1,350 dealers originally marked for shut down, 1,160 took the opportunity to argue their case in binding arbitration. Out of these, 661 will resume selling new vehicles within the next few weeks. The development is in stark contrast to GM’s plans to consolidate its dealer body and eliminate weaker, unprofitable stores, choosing to rather move forward with fewer stronger dealers.

The General’s goal was to trim approximately 40 percent of its 6,246 stores. Some of these are made up of brands that GM is either in the process of selling (Hummer), having sold (Saab), or phasing out (Saturn and Pontiac). GM now expects to be left with 5,000 showrooms made up of its remaining four core brands – Chevrolet, Buick, GMC, and Cadillac.

Dealers that were sent shutdown notices ceased to receive new product from GM, a move that could have contributed to slower January and February sales for The General. In fact, rival Ford outsold General Motors in February for the first time in nearly 50 years. “We would have beaten Ford,” if not for the move, Mr. Reuss said. Click past the break for the mighty GM Authority Take!

Let’s take a step back and analyze the following quote from the WSJ:

These numbers don’t tell the whole story. First of all, do Toyota’s 1,452 dealerships include Lexus stores? How about Scion? And how about the fact that GM has one more brand in the U.S. compared to Toyota?

As for the average vehicles per dealer numbers, this humble writer has one question: does the fact that GM’s products have been greatly inferior to the competition have any effect on dealer sales and the average cars per dealership sold ratio? Of course it does! So as GM improves products across the board, is it possible to see these numbers rise substantially? I think so!

Nevertheless, there’s no question that in-fighting and undercutting one another on price is a practice that GM dealers should avoid (no, we’re not advocating collusion).