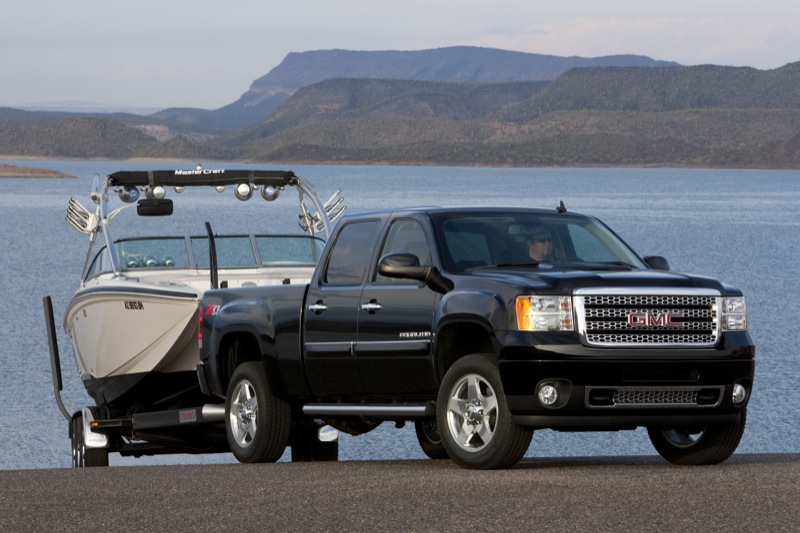 The truck wars are never over. For as long as we can remember, Ford and GM have been battling neck-in-neck to be king of the truck hill. 2010 got off to an interesting start, as GM was first to reveal its offerings in the updated Chevy Silverado HD at the Chicago Auto Show. It looked as if Ford was about to drop to a TKO, but instead rebuttled with updates of its own. GM then countered with unrivaled numbers of its new 6.6-liter Duramax turbodiesel engine with B20 biodiesel capability, capable of a herculean 765 lb.-ft. of torque and 397 horsepower. While GM managed to slap Ford around in the numbers of torque and horsepower, Ford managed to overpower GM’s trucks in payload capacity and towing. We’ve learned that GM isn’t satisfied with being second and is planning a counter-attack, as The General’s mission after exiting bankruptcy isn’t to just compete, but to dominate.

According to PickupTrucks.com, GM’s HD playcaller Jeff Luke recognizes that Ford has the top spot in at least two categories (payload, towing), and is planning on taking steps to improve the towing and payload capacity of GM’s Heavy-Duty trucks “as early as next year.” While that’s great, our own sources tell us that the improvements can happen before next year. While we don’t know yet just how significant or exactly how soon the revised HDs will be re-revised, this bodes as something to look forward to for fans and potential buyers of the GM’s Heavy Duty trucks.

“It’s not difficult (to raise towing and payload). The trucks are extremely capable, and we’re looking at a number of options. Any increase would probably come from both better confidence in the trucks and engineering changes. Whatever we do, we’ll be completely transparent,” explains Luke.

Whatever it is, the GM Authority Team is looking forward to it.