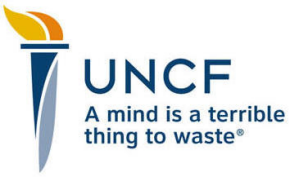 Ever since the U.S. government has bailed out GM, some have called it Government Motors; but GM Authority hopes that Generous Motors catches on instead. GM, General Motors that is, recently donated $70,000 to the UNCF (United Negro College Fund). $50,000 of this will go towards emergency aid for seniors who are at risk of not graduating because of financial reasons while the other $20,000 will be allotted to scholarships and operations within UNCF.

These donations are from the GM Foundation. This branch of the GM tree was planted in 1976 in order to promote “social change, provide for those in need, and improve the quality of life in communities,” according to GM’s press release (available in full after the jump).

GM is also quick to point out that none of the funds came from the Troubled Asset Relief Program (TARP).

The Campaign for Emergency Student Aid, known as CESA, provides emergency assistance especially to seniors who have exhausted other options for financial assistance and are at risk of not being able to complete their coursework.  Launched in 2009, CESA has provided assistance to nearly 2,000 students at UNCF schools, enabling these students to complete their college studies and graduate.

“The GM Foundation is proud to support this important campaign,” said John Montford, Chair of the GM Foundation and Senior Advisor, Government Relations and Global Public Policy, for GM. “Being able to help students who have worked hard to get to college and succeed at college, and who might not graduate due to financial difficulties, will make a real difference in the lives of these students, and in the lives of their families and communities.”