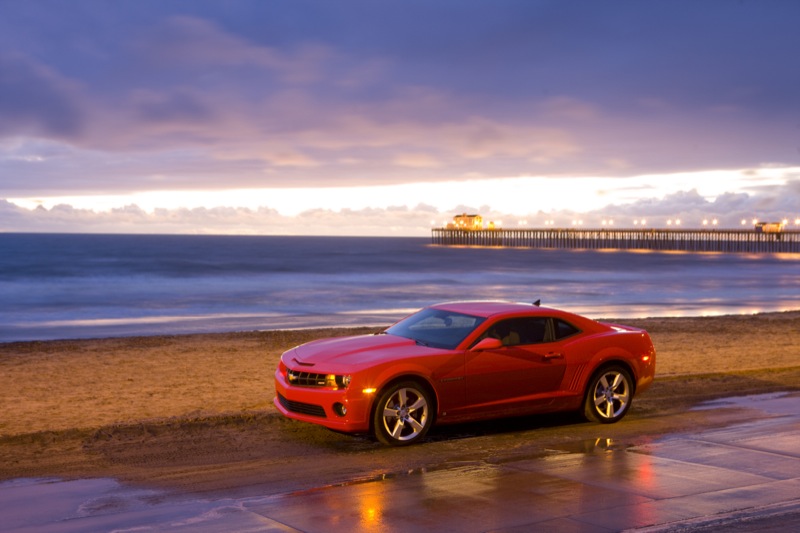 In case you didn’t already know, the Camaro-Mustang rivalry has been (and still is) one of the hottest comparisons of all time. Some people are staunchly Ford/Mustang people while the rest lie faithful to the muscle car wearing the bow tie (you can guess what camp we fall into). But fast forward to the muscle cars of today and it’s plain to see that these vehicles have evolved to be much more than that: they are valid and credible performance choices among today’s automotive landscape.

What’s more, the Camaro-Mustang sales numbers race has been ongoing for years. Ford’s reinvented Mustang beat the Camaro and Challenger to market, but ever since Chevy launched the fifth-generation (2010) Camaro, the bow tie-wielding pony car has been topping the sales charts while leaving the Mustang in its rearview mirror. This is even despite Ford’s thorough refresh of the Mustang the same year the Camaro went into production.

But Ford forgot a little detail, as the powertrains were not a part of that update. Instead, they were put off until the 2011 model year. The Mustang now has a (respected) 5.0L V8 and a 3.7L V6 that makes a full five horsepower more than the Camaro’s 3.6L six-banger. The new V6 in the Mustang is also the most fuel efficient V6 in its class (albeit by a single mile per gallon). So with all those enhancements, the sales race will surely be one worth watching over the next year and beyond.

However, despite the sales race and close competition, the Camaro reached a production milestone this week as a particular Inferno Orange Camaro SS became the 100,000th ‘Maro to be produced. Chevy reached this milestone less than a year after the 2010 Camaro went into production. Plans for Camaro #100,000 are unclear, but if it isn’t kept for the GM Heritage collection, this VIN will certainly be worth something extra to one lucky owner.

As the 2011 Mustang starts production next month, building Camaro #200,000 may take significantly longer to reach (given the increased competition). But you can bet that the GM Authority Team will keep its eye on the sales race and let you know of any important sales and production information as it happens! In the meantime, enjoy the gallery of high-res Camaro pics right after the break!