This was a long time coming: for the first time in 28 years, Buick commands the cover of Motor Trend (MT) magazine, followed by a headline declaring that Buick is Back! The cover of the April 2010 issue of MT features photos of the LaCrosse, Regal Turbo, and Regal GS Concept and touts the growing momentum behind the Buick brand. 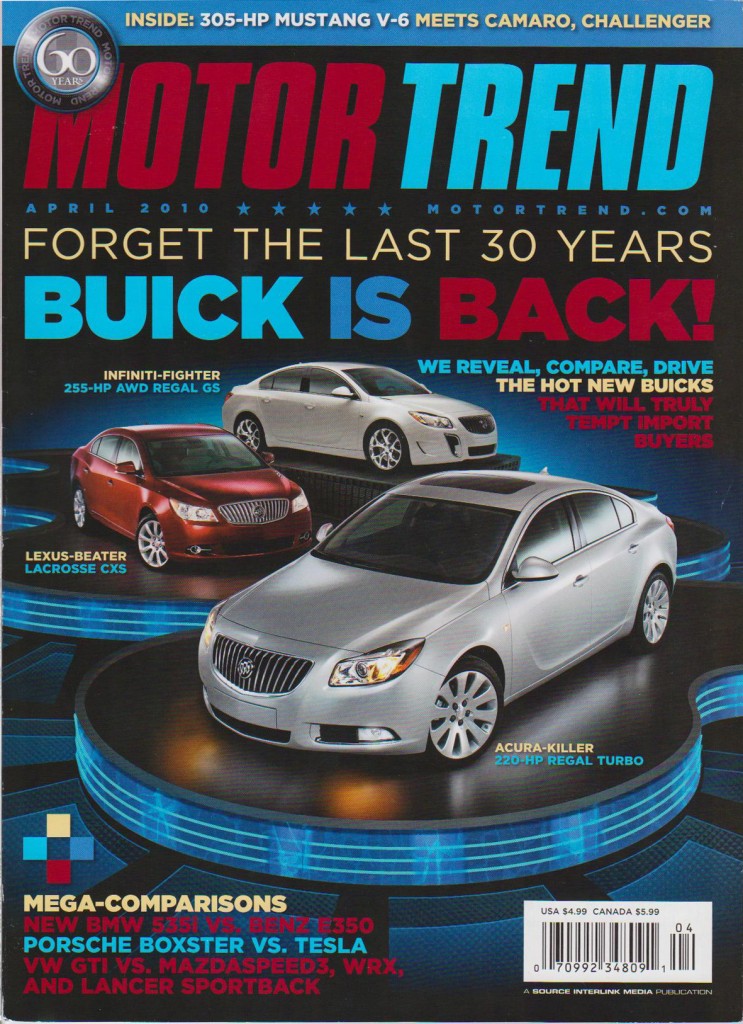 What’s more, the April edition of the publication contains two Buick features. International Rescue is a drive review of the 2011 Regal while Trading Places is a comparison of the 2010 LaCrosse and Lexus ES350 (needless to say, the LaCrosse emerges the winner). The last Buick to grace the cover of Motor Trend was the Century T-Type in August of 1982.

This is a major milestone for Buick and GM: being recognized for the excellent product coming into Buick showrooms must feel amazing! But we should warn Buick and GM to avoid resting on their laurels, as certain members of the GM Authority crew (your truly included) still think that Buick has a ton more work ahead to truly be a successful brand.

In fact, it can be argued that the only reason Buick took the cover for this month’s edition of MT was because of the huge improvement of the brand’s newest products compared to the outgoing models. In a nutshell, it’s not that hard to improve over the last-generation LaCrosse, Regal, Rendezvous, and Lucerne. If you would like to hear our opinion of where Buick should be headed, have a listen to the very first episode of the GM Authority debate podcast right here.