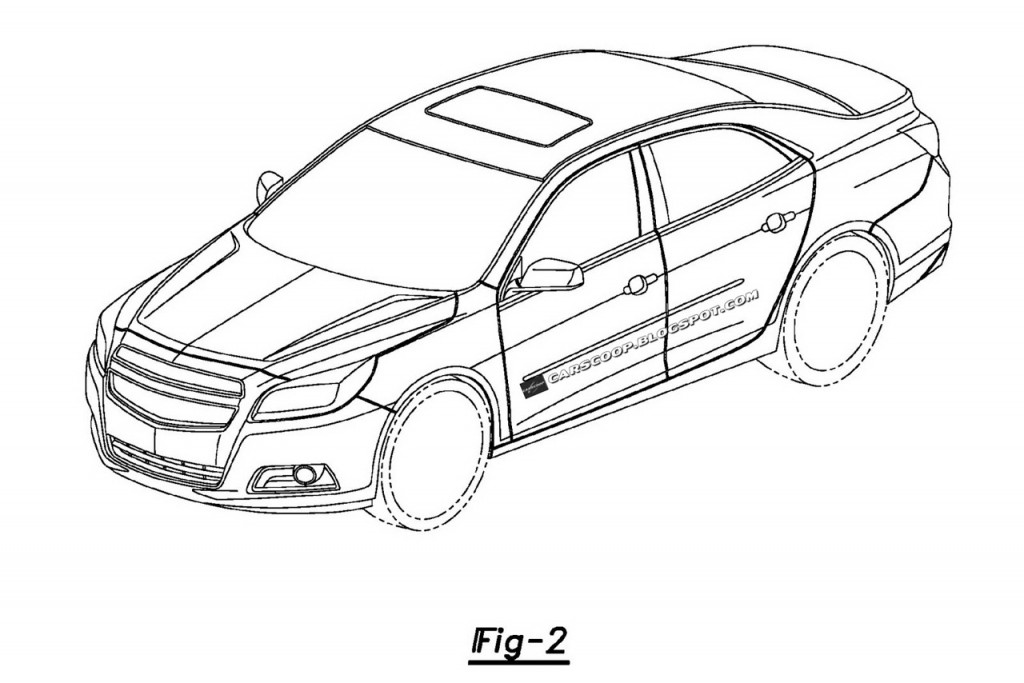 The Chevrolet Malibu is a great vehicle, but it has been eclipsed by competitors from Ford and Hyundai in the mid-size sedan segment. Not all is lost, however, as the next-generation Malibu will address whatever inferior qualities the current Malibu may have. In fact, the styling buck for the next-gen ‘Bu was shown to select members of the press on two occasions – but neither situation allowed for pictures to be taken. That’s why we’re thrilled to report that a recent General Motors filing with the United States Patent and Trademark Office shows an unfamiliar Chevrolet (four-door) sedan.

The sketches show that the car retains Chevy’s standard dual-port grille but gets more sculpted surfaces and body work. One of the areas the current Malibu has been criticized for is its uneventful (read: chopped off) rear styling. It looks like this will be addressed in the next-generation version, as the sketches show four tail lamps resembling those of the new Camaro.

The new Malibu will share the Epsilon II platform with the Buick Regal and LaCrosse (it currently utilizes the Epsilon I) and will retain the overall length of the current model, albeit with a shorter wheelbase. Currently, we don’t know whether the wheelbase will be equal to that of the new Buick Regal/Opel Insignia. What we do know is that the next-generation Malibu will be both wider and taller than the current sedan.

What’s more, the new Malibu is rumored to receive a major overhaul of the interior, with higher quality materials and increased ergonomics. Seeing as how newly-placed GM executives have vowed to produce the best cars and trucks on the planet, the GM Authority Team doesn’t doubt the credibility of this rumor one bit.

We expect the next Malibu to go on sale in late 2011 as a 2012 model, so we may even see it at the 2011 NAIAS. Feast your eyes on the future of the mid-size sedan segment in the gallery below!