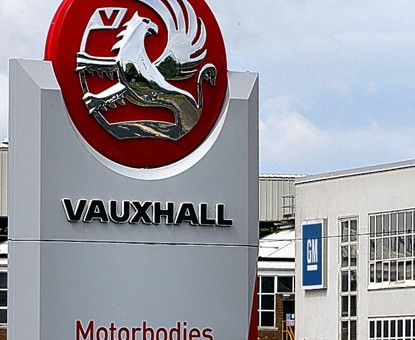 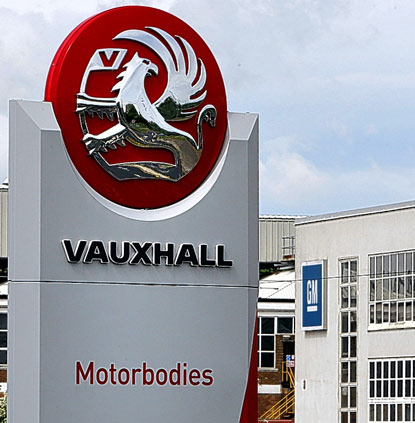 Vauxhall Motors, the Colonel leading The General’s British invasion, is set to cut jobs at its commercial van manufacturing plant in Luton. With a population of 230,000, the Bedfordshire county locale is 32 miles north of London. Reports conflict on the precise number of jobs on the chopping block, but the best estimates suggest that 154 administrative, sales and marketing positions and 354 manufacturing positions would be cut. The manufacturing loss was announced last November, but the number continues to be adjusted. Vauxhall currently employs 1,458 people in Luton, and hopes to pare down its workforce there through voluntary means.

These cuts come amid the British marque’s own restructuring plan, made possible by £500 million in loans from British banks, all of which the government has agreed to underwrite. That money comes in addition to €2.7 billion in financial support from European governments, including the United Kingdom. Vauxhall chairman Bill Parfitt is currently negotiating the terms for the company, and the final plan is expected to be ready in a few weeks.

But the news could have been far worse, particularly for Brits. Last year, GM was ready to sell its Opel/Vauxhall division to Canadian parts supplier Magna and Russian backer Sberbank. Had that deal gone through, observers estimated 10,000 jobs would have been lost. Moreover, as the German government helped bankroll Magna, those job losses would have been concentrated in the UK. Counterfactuals aside, Vauxhall’s 4,700 UK workforce fared comparatively well: UK cuts are mostly limited to the Luton plant. The facility at Ellesmere Port near Merseyside, which currently employs 2,166 people to produce Vauxhall Astras, will actually introduce a third shift to expand working hours. By contrast, Belgium’s Opel Astra manufacturing facility in Antwerp will close, and Germany will sacrifice more than 3,000 positions, including 1,800 in Bochum, 860 in Russelsheim, 300 in Kaiserslautern and 300 in Eisenach. Spain will lose 900 positions. These cuts are part of GM’s 20 percent European capacity reduction target that – when all is set and done – will come out to be a total loss of 8,300 jobs.

The Luton plant makes the Vauxhall Vivaro van that’s related to the company’s Movano offering. Both products stem from a joint venture with Renault which is set to expire in 2013. According to Nick Reilly, CEO of GM Europe, the company is looking hard for other vans to produce at the facility, representing a “strong push in the light commercial vehicle business.” As further good news for the UK, Vauxhall said it would invest €11 billion in these ventures in the next five years, including €1.25 directly from GM. It expects to break even in 2011, and make it back into the black within two years. The company will introduce eight new models this year.