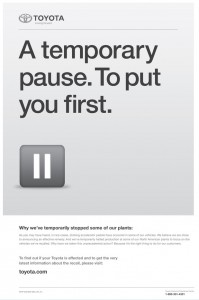 The GM Authority Team (props to Alex) has uncovered that CTS Corporation, an Electronic Throttle Control (ETC) and pedal module supplier for affected Toyotas, also supplies The General with ETC and pedal modules. The release, from December 11, 2006, indicates that the parts were to find their way into platforms GM marketed in South and Central America after 2008.

Securing the GM contract three years ago vaulted CTS’s record to supplier of such parts on 50 different automotive platforms manufactured in North and South America, Europe, and Asia. According to Jeff McCurley, Vice President and General Manager of CTS Automotive Products, with the addition of GM, “[CTS] now sell[s] contacting and non-contacting ETC pedal modules to seven of the top ten global vehicle manufacturers.” Prior to the announcement, CTS provided pedal sensors for GM pedals. As of 2006, CTS was actively bidding to supply other parts for GM cars.

As expected, recent CTS press releases have focused on the Toyota mess. CTS noted that Toyota defined the problem as “a rare set of conditions which may cause the accelerator pedal to become harder to depress, slower to return or, in the worst case, stuck in a partially depressed position.” Toyota also indicated the problem “is rare and occurs gradually over a period of time.” CTS, indubitably strong-armed by its legal department, went on to say that it has no knowledge of any accidents or injuries caused by mishaps related to their parts, that the number of occurrences have been small, and that it knows of no instance in which an accelerator was stuck at all open. While those claims are suspect, CTS is correct in noting that the sticky pedal recall was not related to the sudden unintended acceleration problem, which Toyota continues to blame on floor mats; that pedals related to the November recall date back to 2002, whereas CTS did not become a Toyota supplier until 2005; and that all products supplied to Toyota were manufactured per Toyota’s specifications. CTS concluded by noting that Toyota is among their smaller clients, making up for 3% of their annual revenue, and that it continues to work with Toyota to produce a fix.

We’ve reported on many of the events surrounding the Toyota debacle, and commented on the implications for Toyota’s competitors. But this latest revelation merits examination of an alternate theory to explain Toyota’s reaction.

Most of Toyota’s actions have been attempts to deflect blame. It initially cited floor mats, making excuses like, “They were aftermarket mats,” or, “The mats were installed incorrectly.” Indeed, Toyota is not responsible for damage caused by things people put in their cars or failure to follow instructions on dealer accessories. But when totaled runaway Toyotas were found with their mats safely stowed in their trunks, Toyota had to change its approach.

Next, the company blamed worn accelerator pedals. In so doing, it admitted some complicity. But the part is manufactured by an outside contractor, a fact Toyota probably hoped would deflect some of the blow away from itself. Here, the details become murky: the part was manufactured to Toyota’s specifications, and other manufacturers, including GM, use CTS-supplied pedals without the same runaway problem. Critics seem to have Toyota dead-to-rights. But, the following chart suggests other manufacturers, many of whom probably use CTS pedal assemblies, also suffer from the same problem. Still, Toyota is far and away the worst unintended acceleration offender. Which leads back to GM Authority’s previous conclusion that the evidence points toward an electronic glitch of some kind. In fact, we cited Scott Kane, director of Safety, Research, and Strategies, whose full report can be found as a PDF here. 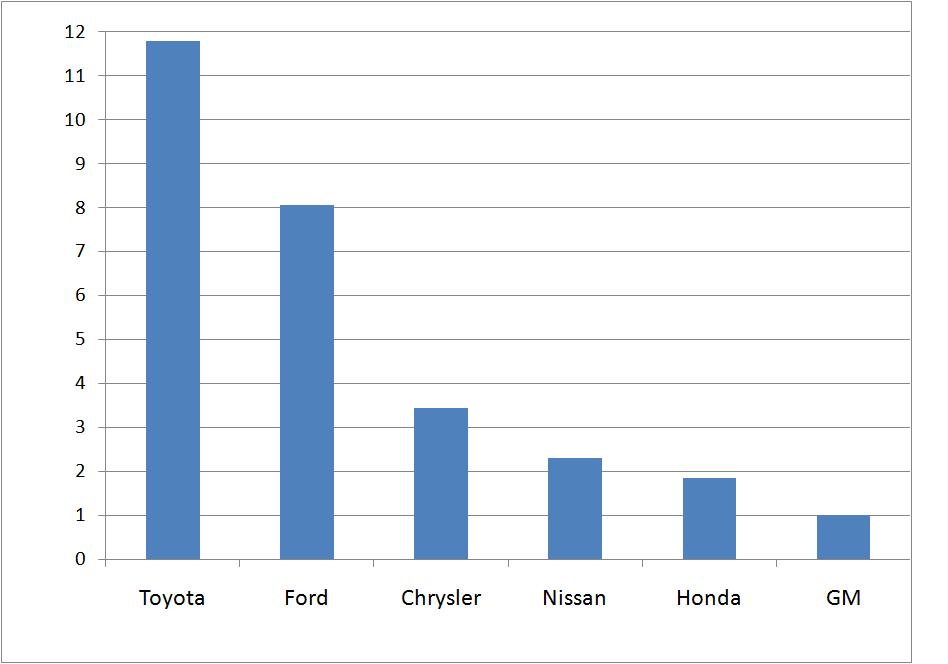 Number of consumer complaints of sudden unintended acceleration per 312,000 vehicles sold for the 2008 model year

Toyota could have simply admitted very early on that a programming flaw was the culprit. After all, the fix is relatively easy. And with Toyota’s commitment to install brake-override systems on affected cars anyway, consumers are already expecting some of the programming of their cars to change. (It seems inevitable that Toyota will secretly try to iron out other glitches while adding the brake override feature). The reason Toyota did not confront the electronic problem directly has something to do with a general distrust of electronics. It is the same reason that in every video demonstrating an automobile autopilot system, the driver keeps his/her hands no more than a few inches away from the wheel while at speed; the same reason that, upon failure, most mission-critical systems on a car default to very basic mechanical solutions (think power steering, power brakes); and the same reason bad TV salespeople can sell emergency escape hammers to owners of cars with power windows. The risk is not that millions of people march into Toyota dealerships demanding their drive-by-wire throttle systems be reprogrammed. Toyota could deal with that. The risk is that millions of people march into Toyota dealerships demanding their new-fangled electrothingermajig gas pedal computers be replaced by traditional, mechanical throttle linkages. That would cost Toyota billions upon billions and completely undermine modern traction and stability control programs predicated upon drive-by-wire systems. Moreover, Toyota would not be the entire casualty: the entire industry would have to step back from crucial electronic technologies.

Clearly, some part of Toyota’s engineering department is at fault, a detail that might put some personal injury attorneys on moral high ground for once. Yes, Toyota’s marketing department lied. The lie was entirely self-serving. But insofar as it shields drive-by-wire throttle systems from a collapse of confidence, it benefits the entire industry, including The General. A backlash against electronic intermediaries would have industry-wide effects for years to come.