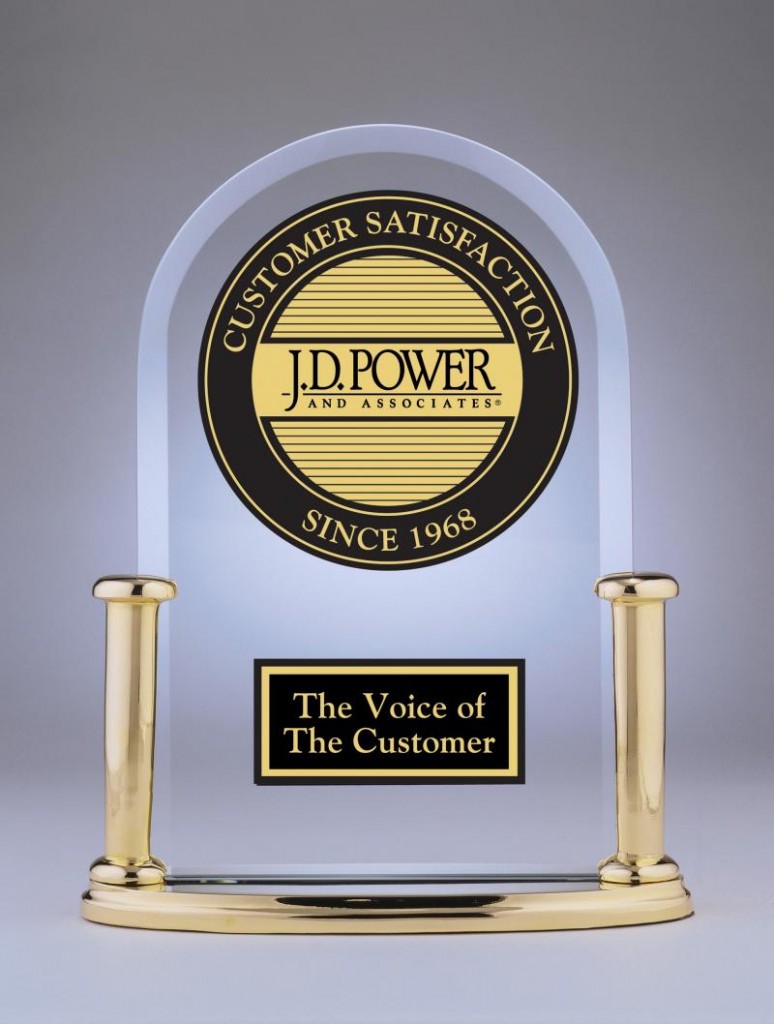 With the proverbial hammer having dropped on Hummer just yesterday, it’s somewhat refreshing to discover that GM’s brands, both “core” and discontinued, have the very best to offer in customer service according to the most recent J.D. Power and Associates Customer Service Index study.

In the “Mass Market Brands” category, GM dealers beamed with customer satisfaction – taking six out of the top seven spots. Ironically – Hummer took first place with a score of 815. The scores were based on a scale of 1,000. Following Hummer is the now-discontinued Saturn with 808 points. Buick came in third with 805 and Chevy took fourth wit 787. The euthanized Pontiac scored 785 (sixth) while GMC got 783 (seventh). All GM brands rated well above the industry average of 758 while PR afflicted Toyota came in eighteenth with 741 points.

In the Luxury Brand category, Cadillac finished second with a score of 827, following Lexus in the rankings. The average score was 813 for the category. Of note – (now Spyker-owned) Saab fell short of that average with a score of 796, followed by Audi, Porsche, Infiniti, and Volvo.

Experts say that most of the improvements may be attributed to lower foot traffic volumes of dealers, but it’s great to see GM brands doing so well in this nation-wide study. We have the full press release, along with J.D. Power images, right after the jump! 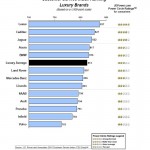 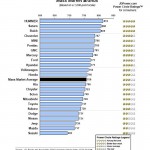 Low Vehicle Sales Likely to Cause Precipitous Drop in Auto Dealer Service Visits
During the Next Several Years, Reaching Low Point in 2013

WESTLAKE VILLAGE, Calif.: 24 February 2010 – The outlook for auto dealer service volumes and customer spending appears challenging, with decreases in service business brought on by depressed auto sales in 2008 and 2009 projected to continue for several years, whereby service volume may reach a low point in 2013, according to the J.D. Power and Associates 2010 Customer Service Index (CSI) StudySM released today.

Dealer service traffic volumes are expected to decline by approximately 20 percent between 2009 and 2013, resulting in a 25 percent decrease in service dollars from owners of late (2005 to 2009) model year vehicles. Particularly in the current period of slow auto sales, most dealers rely on service business to stay profitable.

“Over time, many vehicle owners gradually defect to non-dealer service facilities for repair and maintenance needs, particularly when the warranty period expires,” said Jon Osborn, research director at J.D. Power and Associates. “With service customer retention becoming more crucial than ever during the next few years, dealerships must focus on not only providing superior levels of customer service, but also on enhancing convenience for vehicle owners and providing pricing that is more competitive with non-dealer facilities.”

The study examines satisfaction among vehicle owners who visit a service department for maintenance or repair work. The CSI rankings are based on dealer performance during the first three years of ownership, which typically represents the majority of the vehicle warranty period. Five measures are examined to determine overall customer satisfaction with dealer service (listed in order of importance): service quality; service initiation; service advisor; service facility; and vehicle pick-up.

Lexus ranks highest in customer satisfaction with dealer service among luxury brands and receives an award for a second consecutive year. Lexus achieves an overall CSI score of 837 on a 1,000-point scale and performs particularly well in four of the five measures: service quality; service initiation; service advisor; and service facility. Rounding out the top five nameplates in the premium segment are Cadillac (827), Jaguar (822), Acura (817) and BMW (816). Among luxury brands, Cadillac and Mercedes-Benz post the greatest improvements from 2009.

The study finds that overall satisfaction with dealer service has increased from 761 in 2009 to 767 in 2010, marking the 10th consecutive year of industry-wide improvement.

Notable improvements are demonstrated in the service facility and service quality measures in 2010, compared with 2009. In particular, satisfaction has increased in the following areas: ease of driving in and out of dealer facilities; convenience of parking; thoroughness of the work performed; the total time required to complete service on the vehicle; flexibility of accommodating the customer schedules; and thoroughness of explanations.

Several other time-related metrics have improved from 2009, including customer ability to get a service appointment on the same day as their initial inquiry call and service being completed the day that the vehicle was brought in for service.

“These improvements may be due to not only an increased focus on customer satisfaction from dealers, but also are possibly a result of lower volumes of service traffic that dealers are now experiencing,” said Osborn.

The 2010 CSI Study is based on responses from more than 114,200 owners and lessees of 2005 to 2009 model-year vehicles. The study was fielded between October and December 2009. J.D. Power and Associates measures dealer service in various countries around the world, including Australia, Canada, China, France, Germany, India, Indonesia, Japan, Malaysia, Mexico, New Zealand, the Philippines, South Africa, Taiwan, Thailand and the UK.

About J.D. Power and Associates

About The McGraw-Hill Companies

Founded in 1888, The McGraw-Hill Companies (NYSE: MHP) is a leading global information services provider meeting worldwide needs in the financial services, education and business information markets through leading brands such as Standard & Poor’s, McGraw-Hill Education, Platts, Capital IQ, J.D. Power and Associates, McGraw-Hill Construction and Aviation Week. The Corporation has more than 280 offices in 40 countries. Sales in 2008 were $6.4 billion. Additional information is available at www.mcgraw-hill.com.