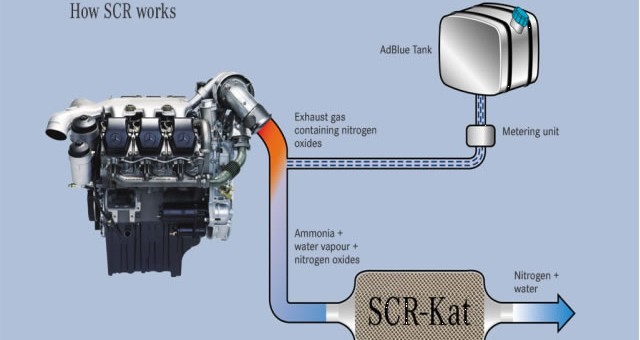 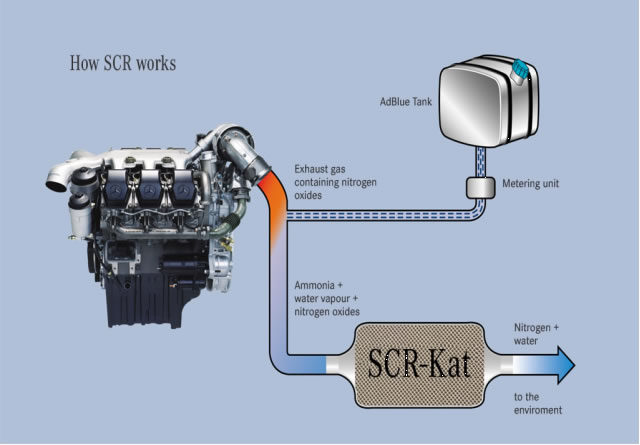 Upon hearing the Environmental Protection Agency’s recent regulations on diesel engines, Al Gore must have spent a few hours parading in his cape. In case you haven’t heard, GM Authority’s got you covered…

The EPA is requiring all upcoming diesel engines to have much cleaner emissions by ways of adding a substance such as urea (a compound of ammonia and water) to diesel fuel, a move that greatly reduces the amount of nitrous oxide flowing out of the tailpipe. Called Selective Catalytic Reduction (SCR) technology, it makes the vehicle much cleaner and more environmentally friendly.

So what does this mean for those following the forthcoming revisions to GM’s Heavy Duty trucks? A few discommoding things to be frank: diesel drivers will have to repeatedly add urea to the fuel tank, as it’s not something that only needs to be added once and then forgotten. If not, the powerplant will cease to function properly. The EPA also requires every automaker to have warning indicators telling the driver the solution is low, sensors to identify incorrect agents, and solutions that prevent tampering (smart-alec hunters urinating into the solution tank won’t work. Sorry, guys). Oh and it’s potentially expensive, too.

A Consumer Reports test of brands that already have SCR diesels on the road (such as Mercedes-Benz) shows just how quickly operating costs will sky rocket. Testers forked over an arduous $316.99 to their local dealer to have the 7.1 gallon tank filled with AdBlue solution in their 2009 Mercedes-Benz GL320 BluTec. The fill-up was good for a brooding 16,566 miles, bringing the increased variable cost to nearly 2 pennies per mile. Is this a case of shelling out more green to be green? We think so. However, just because ze Germans charge a plane ticket to Mexico for the refill doesn’t mean GM will provide the same misfortune. In fact, it could be as little as “a gallon of diesel fuel” and will be available in places as convenient as a gas station or truck stop and is as easy a task as filling up washer fluid.

Expect an official press release from GM about its new Chevy HD’s sometime next week, and the GMC details to come in early March.