Since that time, I’ve presented this idea to a few friends, colleagues, and online “folk” and came away with the following: the Equinox does compete in the compact CUV segment, as its interior space is nearly equal to that of the RAV4, CR-V, and even Nissan Rogue. From a price perspective, the ‘nox is on par with the RAV, CR-V, and Rogue.

The reason the Equinox is so much longer is mostly due to its drawn-out wheelbase and extensive hood compared to other c-class crossovers. As such, the Equinox is not a c-class CUV, but rather a “c-plus.” That said, your average car buyer most likely won’t care for the difference in length as it doesn’t have an effect on interior space, so my original claim no longer stands.

As for the Equinox, its prolonged wheelbase and hood give it a more appealing profile compared to other c-class CUVs.

We’ll let the pictures do the talking after the break, where we overlay the Equinox with the RAV4, CR-V, and Venza.

Oh, and here’s a question: is Toyota’s CUV line-up unnecessarily crowded? Let me know in the comments! 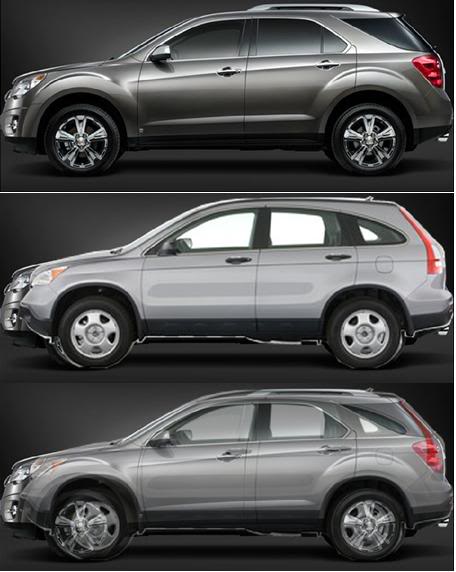 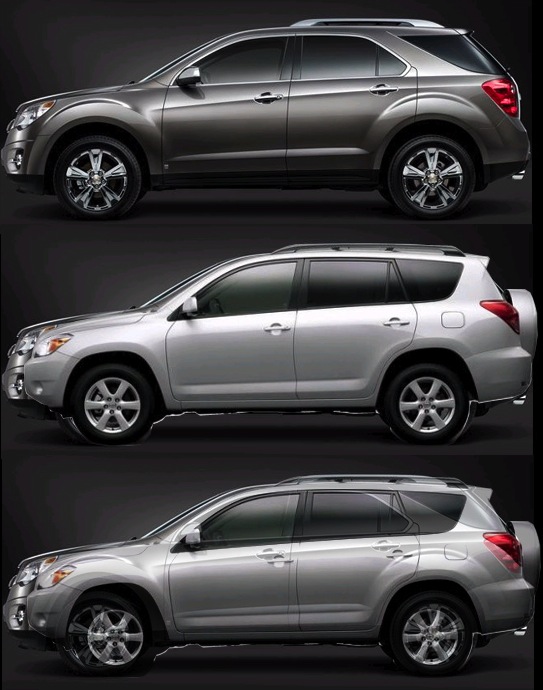 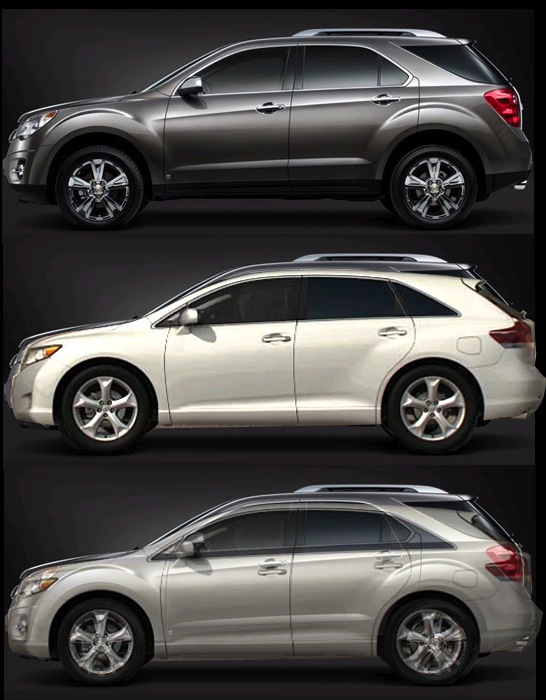