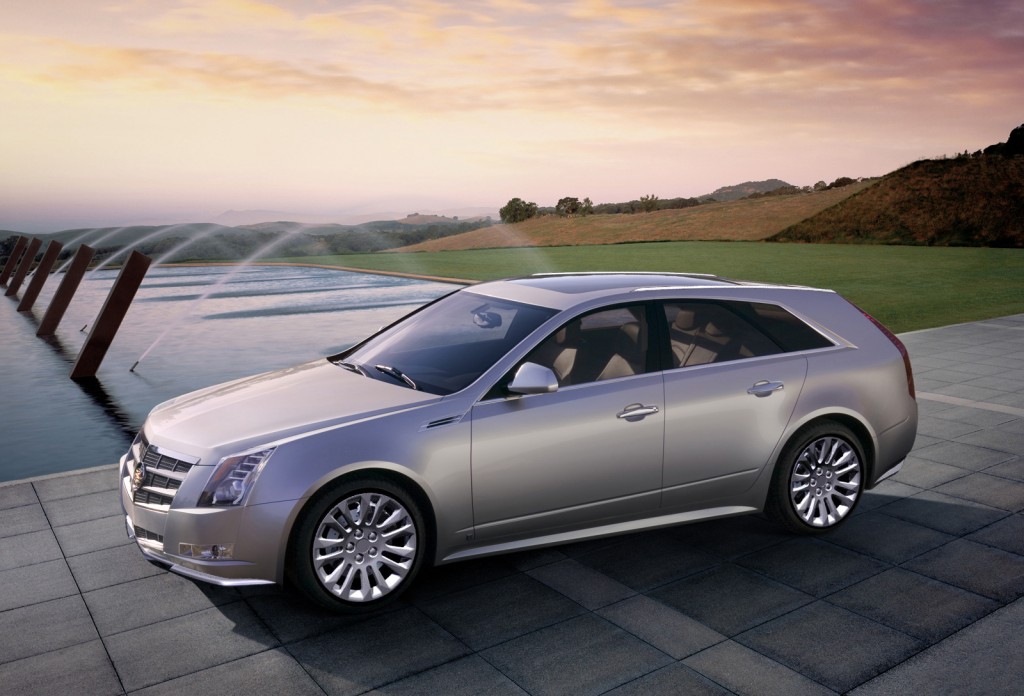 How niche? How about no diesel engine choices…

In the U.S., that would be the equivalent of taking away the BBQ sauce option for our chicken wings and leaving only Buffalo. For Cadillac to stand out in Europe as a brand, this may be a necessity.

Since Cadillac sales in Europe have been so terrible – mainly due to issues with distribution agreements – GM needed to do something, and do it fast. As a company, Cadillac will reestablish itself by presenting all-new models to Europe and creating the organization dubbed Cadillac Europe, much akin to what BMW USA is in the ‘States. The vehicles will be sold through authorized Cadillac dealers all over Europe, with the Geneva Motor Show serving as the official introduction to the new brand image.

The CTS will expand its European line by introducing the new Sport Wagon, the upcoming coupe variants, as well as the record-setting CTS-V coupe. The SRX CUV will debut later this year and the Escalade Hybrid will also make its way over as well, although most likely only for a spot on Top Gear. All models will strictly feature the anticipated 2.9-liter turbodiesel V6 gasoline engines.

As evidence to this very American approach to engine choices, GM Europe spokesperson Nick Twork told Autoblog that Cadillac will “be a niche brand.” Here’s to hoping it works, and that diesel variants are in the pipeline. But then again, European buyers may go crazy for the newest option on the CTS sedans – premium Recaro racing seats.

Full press release after the jump!

Detroit – A newly created GM organization, Cadillac Europe, will be established to manage import, distribution and marketing of a selected range of Cadillac models specified for the European markets. The vehicles will be retailed through a fully authorized Cadillac sales and service network in key European markets. Specific details will be announced at a later date.

“Europe is an important market for Cadillac,” said Bryan Nesbitt, Cadillac general manager. “Re-establishing distribution of our premium offerings is good news for those who seek import exclusiveness.”

At the Geneva Motor Show, Cadillac presents the CTS Coupe for the first time in Europe. Slated to arrive in North American Cadillac showrooms this summer and this fall in Europe, the CTS Coupe is a new luxury sports coupe designed to become the visual centerpiece of the brand’s revised lineup.

The Coupe is a classic 2+2 layout bolstered with advanced technology, such as a rear-view camera system and a performance-oriented suspension, combined with rear-wheel or all-wheel drive.

The Coupe joins the CTS Sport Sedan, the 556-horsepower (415 kW) CTS- V and new CTS Sport Wagon as the foundation of Cadillac’s lineup. A high-performance V -Series edition of the Coupe will also be released this year.

In Geneva, Cadillac will also exhibit the new CTS Sport Wagon, CTS Sport Sedan and the range-topping CTS- V. The new CTS Sport Wagon will be available as of model year 2011, while the CTS Sport Sedan and the CTS- V are available now. Additionally, Cadillac will present the new SRX, a midsize luxury crossover, featuring a completely new design combined with an efficient, high-technology engine. The new SRX goes on sale in Europe with model year 2011.

Cadillac has been a leading luxury auto brand since 1902. In recent years, Cadillac has engineered a historic renaissance led by artful engineering and global expansion. More information on Cadillac can be found at www.cadillaceurope.com .