We recently let you know about Holden’s plans to introduce a hybrid version of its Commodore by 2013 (at the earliest). Hybrid technology is not the end-all-be-all of fuel efficiency, as Toyota’s marketing department would have you believe. As such, we applaud Holden’s caution in jumping on the hybrid bandwagon and believe the other side of the hybrid coin has not received sufficient attention. Let’s explore this other side.

Consider the 2010 Prius compared to the 2010 Corolla with the 1.8L engine. Never mind that the base Prius’ TMV is nearly 6 grand more than that of an XLE (fully loaded 1.8L) Corolla. Never mind that the Corolla’s TCO (total cost of ownership) is less than that of the Prius, regardless of trim package. And never mind that the Prius fails to make financial sense for the vast majority of consumers. The crucial observation is that much of the efficiency that’s attributed to the Pirus is not intrinsic to its hybrid powertrain, but derives from other features which can be engineered into gas/diesel-only cars.

What If We Took The Battery Out Of The Prius?

As another thought experiment, consider the 2010 Prius against a hypothetical (yet non-existent) gas-only Prius. Even before hitting dealerships, the gas-only Prius is more environmentally friendly as it does not require nickel-mining, a process that kills surrounding ecosystems and permanently scars the Earth’s surface.

Beyond that, the Prius is more aerodynamically efficient than most road cars. Cruising down the highway after the battery has been depleted, the same aerodynamic shape and low rolling resistance tires would cause the fuel economies of the hybrid and gas-only Prius to converge. And anyone who has seen the MythBusters episode wherein they covered a Taurus in clay and dimpled it like a golf ball probably suspects that there is room for aerodynamic improvement across the board.

Moreover, the hybrid Prius cuts fuel during deceleration and turns off the engine while stopped. This feature has been implemented in gas-only cars like the Porsche Panamera (broadly called start/stop technology). If put in the fictional gas-only Prius, the city mileage of the two cars would be much closer.

Furthermore, the Prius uses a CVT tuned to maximize efficiency. Such a transmission in a gas-only car could also increase efficiency. Then again, there may be more efficient transmission options, as former C/D editor and MIT-trained engineer Csaba Csere found that energy losses from changing the ratio in the Nissan Versa’s CVT exceed hydraulic losses in the automatic Versa.

Also, the hybrid Prius’ instrument panel encourages light-footed driving and leads to an increase in real-world mileage. While it does not help on the EPA test loop, we believe that such a system in a gas-only car 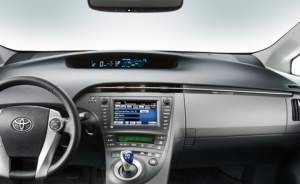 would increase real world mileage. On top of that, the hybrid Prius dulls throttle response in EV mode. Doing so in a gas-only version would limit fuel-robbing RPM spikes.

Other electronic features like an exhaust heat re-circulation system (to limit inefficient cold running), LED headlights, and an electric water pump could all increase mileage in our hypothetical gas-only Prius.

Finally, the hybrid Prius just ain’t real fast: it takes a whopping 10+ seconds to reach 60 mph. If the bar were lowered to such an extent, the gas-only Prius could use a smaller, more efficient engine and achieve60mph in the same time. Such an engine would not have to drag around multiple hundreds of pounds of batteries, allowing for further engine size reductions.

Therefore, the only advantage the hybrid Prius has over our fictional gas-only Prius is regenerative braking. Capturing energy that would otherwise be lost improves efficiency, but the gas-electric hybrid approach comes 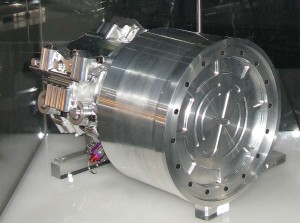 with some caveats. An internal combustion engine converts chemical energy into kinetic energy with less than perfect efficiency (most of the energy is lost as heat, sound, etc.). Similarly, a generator converts kinetic energy into chemical (battery) energy with less than perfect efficiency and the same can be said of a motor’s ability to convert chemical energy back into kinetic energy. Whenever the hybrid Prius uses the gasoline engine to charge its batteries, it loses energy in all three conversions. The goal, then, ought to be to minimize the number of energy conversions. And there are alternative means by which to capture and store kineticenergy that do not require so many form conversions. For years, engineers have contemplated using clutch packs to connect the wheels and a flywheel during braking, slowing the former while accelerating the latter. Under acceleration, the system could be connected in reverse, accelerating the wheels as the flywheel slowed. In reality, flywheel implementations have been electrical, using motors and generators to transfer kinetic energy from the rubber wheels to the flywheel. While such systems require numerous energy conversions, storing the energy in a flywheel instead of a battery prevents harmful nickel mining. Moreover, purely mechanical implementations need no batteries, require no form conversions, and are therefore probably a better investment than Toyota’s gas-electric setup.

These types of Kinetic Energy Recovery Systems (KERS) gained attention when Formula 1 allowed them in 2009. Cars were allowed to convert and store kinetic energy either chemically – in batteries – or mechanically – in flywheels. The perfect opportunity to demonstrate the fitness of its hybrid system, Toyota F1 declined, while Honda pulled out of F1 before the season began. Instead, four teams, including the Toyota-powered Williams team, ran electrical flywheels. Hopefully, other players will see the self-proclaimed hybrid leader’s lack of confidence in their own technology when deciding how to meet 35 mpg fleet averages.

I would like to extend props to GM for exercising restraint in developing hybrid technology and recognizing the promise in other alternatives. One more word of advice to The General: be careful with E85. Ethanol is cheap only because an Iowa-first primary cycle forces taxpayers to subsidize the price of corn, masking its full price at the grocer and the pump. Ethanol drives up food prices. We do not want the history books to label us as “the losers who almost starved to extinction as they tried to substitute food for energy.”