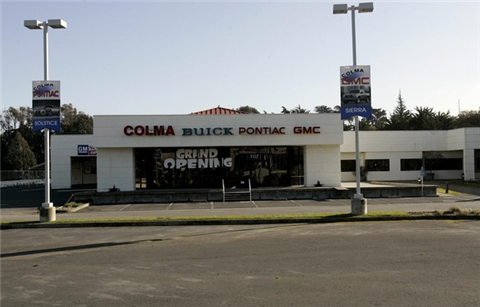 By now you’ve probably heard that GM is on the rebound: it’s putting out the best product on the market, cutting costs, and slowly but surely dealing with dealers. Moreover, a somewhat stabilized economy and the elimination of excess fat from the automaker’s sides have all helped to strengthen The General and build what promises to be a stronger and more efficient automaker, a move supported by many. As part of this rebound, GM is offerring something very special to its existing dealerships – the ability to remodel the stores while GM will help with the tab! That’s right, General Motors has offered to pay for the remodeling of GM’s dealerships throughout the United States. Unfortunately for dealership owners, however, there is a large and somewhat ridiculous catch – so ridiculous, in fact, that I would bet that most dealerships will not even take advantage of this offer.

For one, any dealerships that offer customers alternate brands must remove those makes from any area where a GM brand is sold. The second, and probably the most offensive details in the offer, is the time frame in which GM will actually pay the dealership back. It has been reported that the payback period will vary between 5-10 years!

Are they kidding? The dealerships that were lucky enough to actually make it through GM’s bankruptcy are now trying their best to tread dark and dangerous waters, hoping they won’t receive one of those letters from GM stating that they will no longer receive support from the mothership. And now, all of a sudden, GM expects them to shell out some money to remodel in the hope that they see it back in five to ten years from now?

If you ask me, the dealerships could put that money towards other matters and recoup the expenses in a shorter period of time.

Of course, only time will tell whether the dealers will take advantage of this offer or laughingly walk away.