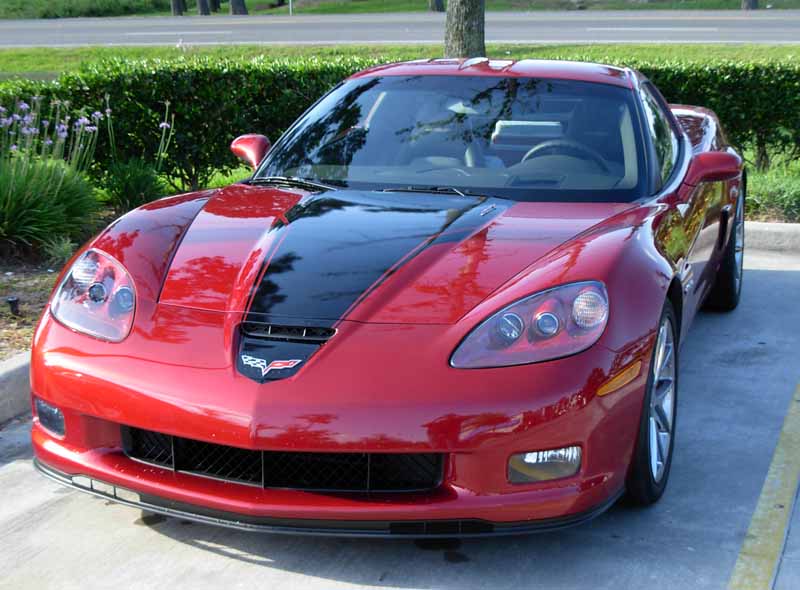 The Barret Jackson Auction has historically included sales to benefit charity. The 2010 Barrett Jackson Auction in Scottsdale, Arizona, running from January 18th to 24th, is no exception. General Motors has donated a Special Edition 2008 Corvette Z06. The proceeds from the sale will benefit the American Red Cross relief fund for Haiti. It will be up for auction today, as lot #1318.

The car is unique in that it is the only 2008 model Vette available with the Crystal Red Tintcoat. Additionally, it wears unique wheels, “427” branded seats and floor mats, and “427” exterior badges. Moreover, it is signed by Wil Cooksey, Jr., the retired (2006) manager of the only Corvette plant in the world. The vehicle up for auction is the last of the 427 cars to be distributed in North America. 427 is also the engine displacement in cubic inches. In a similar double reference, 78 additional cars, for a total of 505, will be distributed worldwide. 505 is the horsepower rating for the 7-liter Z06 engine. Like in the regular Z06, the engine produces 470 lb-ft of torque, fed through a six speed manual, capable of rocketing the car to 60 mph in 3.7 seconds and good for a top speed of 198mph.

The MSRP is $84,195, some $10K+ over lesser Z06s. Even then, the market value of this limited production model is likely higher than that. Coupled with the fact that people have expressed a willingness to open their pocketbooks to send assistance to Haiti during this crisis across the globe, we can expect this car to net a contribution nearly as great as the $100,000 cash donation General Motors has already made to the Red Cross relief fund.

Online bids for Lot #1318 can be submitted here.

Also of note: late last night, another GM-donated vehicle – the first-ever production CTS Coupe – was auctioned off for a pretty $95,000. All proceeds from the 001 CTS Coupe will go to the highly-renowned College for Creative Studies.