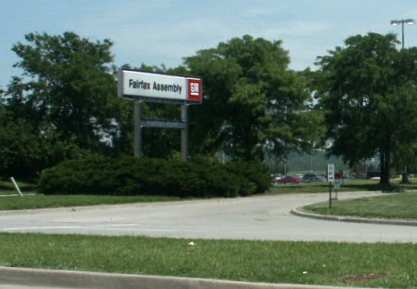 General Motors will begin running its Fairfax assembly plant continuously on a permanent basis. The goal is to increase the plant’s capacity from the current 4,500 vehicles per week to 6,300 units in the same time period. The Kansas City-based factory makes the very popular Chevy Malibu and  Buick LaCrosse sedans and consistently ranks among the most efficient automotive plants in the U.S. This news comes on the heels of GM’s decision to add a temporary third shift at the plant a few months ago.

While operating a plant 24 hours per day is not as simple as running a 16-hour operation, it’s nothing new – Chrysler’s Windsor, Ontario and Bramptom plants have been running three shifts for years. Even so, many would be quick to point out a concern that such continuous operation may have a negative impact on quality. Assembly lines require a lot of work such as scheduled maintenance, cleaning, and restocking – tasks that are usually performed during the down periods between shifts.  To solve this, GM is planning on “overspeeding” parts of the assembly line in order to slow them down temporarily at a later time.

How exactly GM will implement the “overspeed” technique is not clear. Would workers in certain production areas need to work at an increased speed? If so, then I hope GM has thought of the potential quality implications. It may make more sense to add another production line to the plant and always have an empty line for maintenance work, although this would require an initial monetary layout to add proper tooling. Although perhaps the upfront spending would be a better choice than to suffer a potential drop in quality.

What’s more important, however, is that GM is carefully monitoring demand and increasing supply accordingly – and this is proof of both activities.

News of an extra shift being added to the Fairfax plant comes at a time when other plants are seeing temporary layoffs. What this means to us is that the news coming out of GM is not all that bad – it’s a pure supply and demand game – all about the numbers.

GM will have to make due with the Fairfax plant until at least 2012, when the Detroit-Hamtramck plant is scheduled to begin producing the Malibu. But we should note that by that time, the Malibu in question may be the next-generation model riding on the Epsilon 2 platform.

Let’s hope GM has tested the “overspeed” concept thoroughly to make sure quality doesn’t suffer. Otherwise, it would work to decrease the very increase in supply that has resulted in the increased production (got all that?). GM is expected to implement the new “overspeed” practice beginning the week of January 4, 2010.