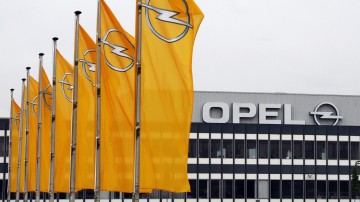 General Motors recently announced that it will close its Opel manufacturing plant in Antwerp, Belgium. The New York Times reports that the plant employs 2,606 workers and produced 89,000 Opel Astras in 2009. The Opel Astra, built on GM’s Delta 2 platform, is marketed elsewhere as Vauxhall Astra (UK), the Buick Excelle (China), the Chevrolet Astra/Vectra (Latin America), and – not so long ago – as the Saturn Astra (US). It is built in various places all over the world, including the plant in Belgium.

In a press release, GM, while expressing sympathy to the workers and their families, indicated that the closure was necessary to revamp its European production, which is the center of its small car strategy. Demand in 2010 is expected to fall 1.5 million units short of those sold in 2009, a total of 4 million units below peak production in 2007. The plant is scheduled to be closed as early as the end of the second quarter. GM is set to eliminate 8,300 jobs in Europe, including 4,000 in Germany. All plants will be affected, but there are no plans to close other plants, suggesting all current facilities will share the burden in this restructuring. GM plans to cut total European capacity by 20 percent, 9 of which will be accomplished with the Antwerp plant closing. Experts estimate the total European automobile production capacity at 28 million units, 40 percent of which sat idle in 2009. The Antwerp closing is comparatively inconsequential. GM further argues that closing this plant is key to reducing redundancy in other plants where the Opel Astra is produced, including those in Poland, England and Germany. The automaker reportedly spared plant closings in Germany because it relied on funds from the German government (which it has now fully paid back) during the financial crisis. Saab’s potential demise is not included in GM’s capacity reduction targets.

In unrelated news, at a ceremony celebrating the introduction of the Buick Excelle XT in Shanghai, a GM spokesperson announced that GM was considering building a greenfield plant in China. A greenfield plant is one built fresh from the ground up, with no constraints placed on the project by existing facilities. The spokesperson went on to say that a new plant is unlikely in the current year as the automaker simply cannot build one fast enough. Thus far, GM has met production targets by increasing production at current plants. The General expects to sell more than 2 million cars, minivans, and pickup trucks in China in 2010, up from a record 1.83 in 2009. Sales are expected to expand even in the midst of a recession, in part due to Chinese government’s tax incentives for purchasing small cars.

Indeed, the ability to export automobiles to foreign markets with little modification seems to be a primary advantage of global platform sharing. The Chinese-market Buick Excelle XT is a full-on rebadge of the Opel Astra sold in Europe. Maybe it really is prohibitively expensive to ship cars from Antwerp (a port city) to Shanghai (also a port city), or maybe there are economic incentives offered to manufacturers who produce the product in the same market in which it will be sold, or maybe GM is really just dying to construct a state-of-the-art plant in China. In any event, it seems clear that the decision to close the Antwerp plant is based on more than just excess capacity. Thus far, the European response has ranged from calling Obama’s apparent demand that GM close non-US plants protectionist, to Armin Schild, a member of Opel’s board, calling the decision, “a declaration of war.”