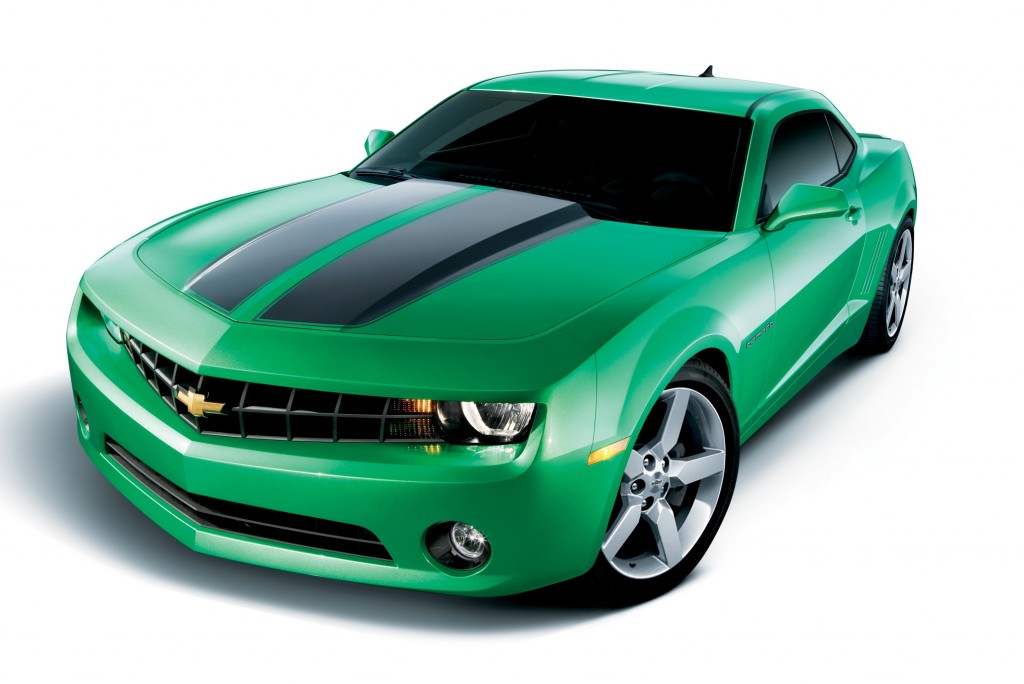 GM has officially unveiled the production version of the Synergy Green Chevy Camaro it previously showed at SEMA. The model will be produced in limited quantities from February to May and will have a $26,790 starting price.

The special edition Camaro is powered by the LLT direct-injected V6 coupled with either a six-speed manual or automatic transmission, producing the now-famous 304 horses and 273 lb.-ft. of torque while returning up to 29 mpg on the highway.

On the outside, the Camaro is accented by Cyber Grey Rally Stripes running the length of the hood and rear deck, with a standard rear spoiler, and standard 19-inch Sterling Silver painted wheels wrapped in P245/50R19 tires.

But the changes don’t end there, as the color scheme gets mirrored to the interior, with Synergy Green instrument panel and door inserts as well as Synergy Green stitching accenting the Jet Black cloth seats, steering wheel, shift knob, and center console.

It seems that Chevy is taking a step into history with this unique color, just as it did with the first generation Camaro and its dramatic colors such as Hugger Orange, Daytona Yellow, and Rallye Green.

The Synergy Special Edition comes standard with the Camaro Convenience and Connectivity Package, which includes Bluetooth phone connectivity, a USB port for MP3 players, and remote vehicle start for models equipped with an automatic transmission.

DETROIT – Hot and cool exterior colors are a part of Chevy Camaro history. Now the 2010 model is getting its own.

Chevrolet today debuts the Camaro Synergy Special Edition with pricing starting at $26,790. Synergy will be produced in limited quantities from February to May.

“Synergy Green continues a long tradition of dramatic Camaro colors,” says Camaro historian Scott Settlemire. “Some of the most sought-after Camaros are first generation cars – those from 1967 to 1969 – in Hugger Orange, Daytona Yellow, and Rallye Green.”

The 2010 Camaro Synergy Special Edition is based on a Camaro 1LT, with a 3.6L direct injection V-6, paired with either a six-speed manual or automatic transmission. The powertrain has become a benchmark for the segment by offering a combination of performance and efficiency: The V-6 delivers 304 horsepower and 273 lb.-ft. of torque, and returns up to 29 mpg on the highway.