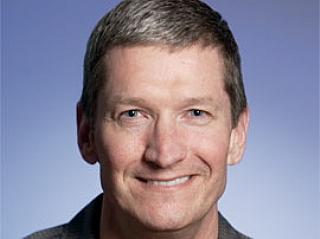 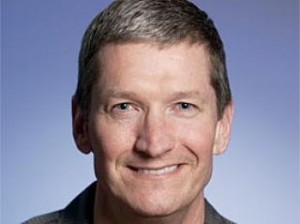 Apple COO Tim Cook is rumored to be the top choice for the position of CEO at General Motors. So says an anonymous tipster with an inside source at headhunting firm Spencer Stuart – the company tasked with filling the position at The General since the resignation of Fritz Henderson. It’s important to note that initiating an outside search for a senior executive is a significant departure from GM’s past hiring practices, which brought up employees within the company to fill the executive positions as they became more experienced.

We have no idea whether or not this is true, but the more we think of it, the more it begins to make sense: Cook is an instrumental part of the high-tech, hip, and innovative empire that Apple has become over the last few years – all qualities GM should aspire to achieve. He holds a B.S. in industrial engineering (Auburn University, 1982) and an M.B.A. from Duke. He was hired to Apple in 1988 By Apple CEO and Chairman Steve Jobs.

Cook is widely credited with dramatically increasing Apple’s margins, reducing inventory levels, and streamlining its supply chain by closing down factories and warehouses around the world. This move brought the end to Apple’s manufacturing activities, as the company outsources all manufacturing work these days. Even though cars are very different products compared to gadgets, the magic Apple has brought to the tech world is undeniable and may be exactly what GM needs to continue its successful turnaround.

Whether Cook would want the job at GM is an entirely different story. Would he want to leave Apple, the company he helped rebuild? Only one person knows the answer to that question.

For what it’s worth, he lead Apple as interim chief executive for a few months during 2004 and 2009, when Steve Jobs went on medical leave. Perhaps he thinks it’s time he took the reigns of a company. In fact, he has been rumored to be the replaced for Mr. Jobs, whenever he decided to retire.

If Cook accepts the position as CEO of General Motors, this would be the second time GM has reached outside the company for a C-level executive, the first time being new CFO Chris Liddell that GM hired away from Microsoft. As such, it would be very interesting to see how an an ex-Microsoft CFO works with an ex-Apple COO (this time in the CEO position). Keep in mind, though, that this is all still a rumor at this point.